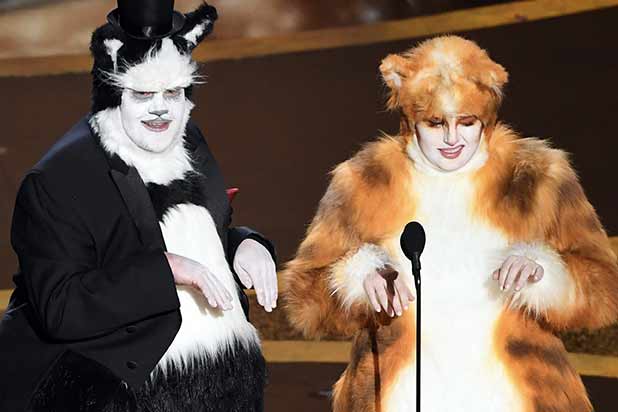 Getty
Sunday's 92nd Academy Awards were an eventful evening filled with both fantastic and cringeworthy moments. From Eminem's surprise performance to James Corden and Rebel Wilson dressing up as cats, here are the best and worst moments of the 2020 Oscars. 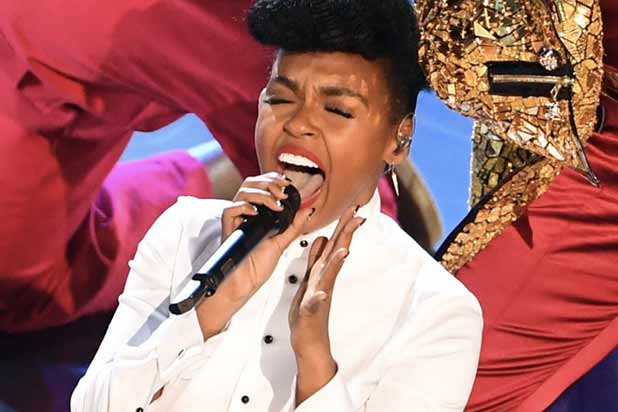 Getty
Best: Janelle Monae's Opening Number First, the "Dirty Computer" singer put on a Mr. Rogers-style red cardigan and sang "It's a Beautiful Day in the Neighborhood." Then she sang another number accompanied by backup dancers dressed as recent popular movies, some of which were not nominated for Oscars this year, including "Midsommar," "Us," and "Dolemite Is My Name." 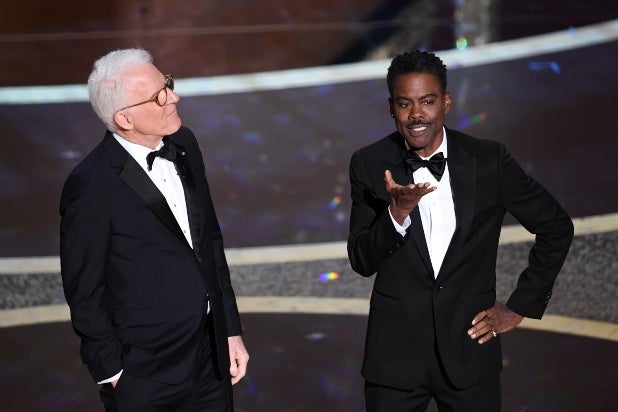 Getty
Best: Chris Rock and Steve Martin The pair of comedians joked that they've been "demoted" from their previous roles as hosts, and that the reason the Oscars are hostless now is because of "Twitter." Other highlights include shouting out Jeff Bezos ("great actor!") and telling Martin Scorcese to his face that "The Irishman" is a good "Ray Romano movie." Catch the rest of their jokes here. 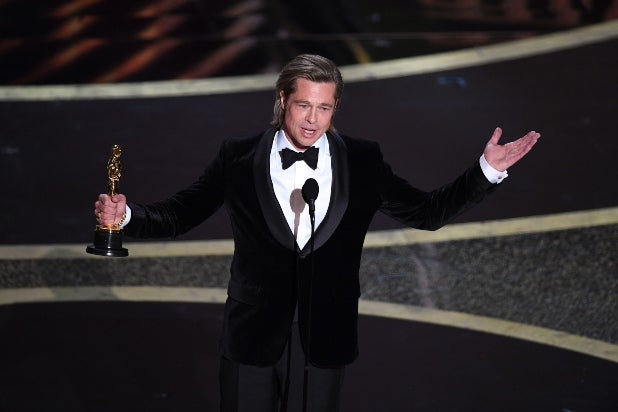 Getty
Best: Brad Pitt's Acceptance Speech The "Once Upon a Time... In Hollywood" actor got political in his best supporting actor acceptance speech. "They told me I only have 45 seconds up here, which is 45 seconds longer than they gave John Bolton this week," Pitt said, referencing the impeachment trial. “I’m thinking maybe Quentin [Tarantino] does a movie about it. In the end, the adults do the right thing.” He lightened the mood with a nod to his friendship with co-star Leonard DiCaprio. "Leo, I'll ride on your coat tails any day, man. The view's fantastic." 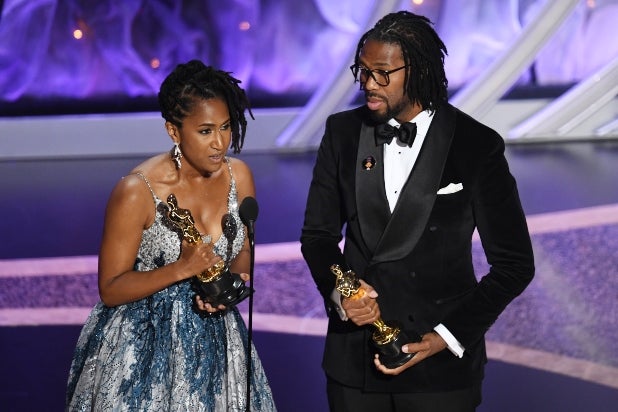 Getty
Best: "Hair Love" Emphasizes Representation While accepting their win for best animated short film, Matthew A. Cherry and Karen Rupert Toliver emphasized the importance of representation, especially in animated films, which directly impact the way children see themselves. Cherry also dedicated the award to Kobe Bryant -- "May we all have a second act as great as his was." 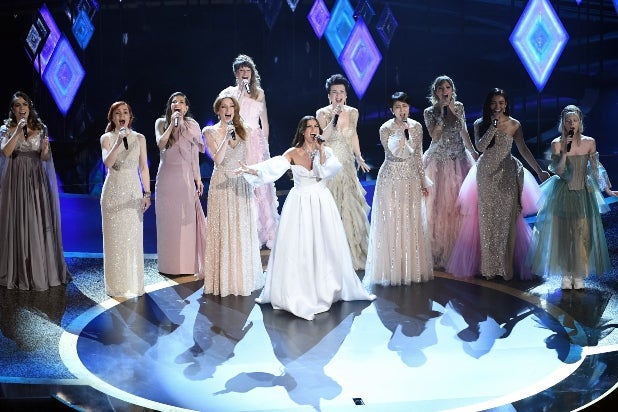 Getty
Best: "Into the Unknown" from "Frozen"  Idina Menzel -- which is "pronounced exactly as it is spelled," according to Josh Gad, who introduced her -- sang the song, with an assist from women from countries all over the world including Thailand, Germany, and Castilian. 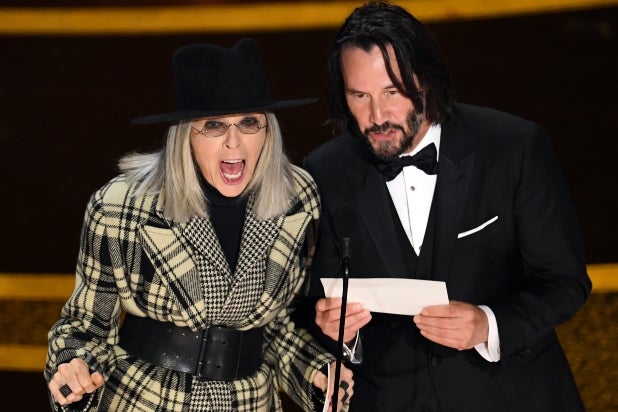 Getty
Worst: Diane Keaton and Keanu Reeves Though they were in "Something's Gotta Give" together, that doesn't make them a good Oscar-presenter duo. Keaton babbled incomprehensibly while standing directly in front of the mic, forcing Reeves to stand awkwardly to the side and barely get a word in edgewise. Then Keaton almost dropped the envelope when announcing "Parasite" as the winner for best original screenplay. The only thing that salvaged the moment was Bong Joon Ho staring lovingly at his Oscar. 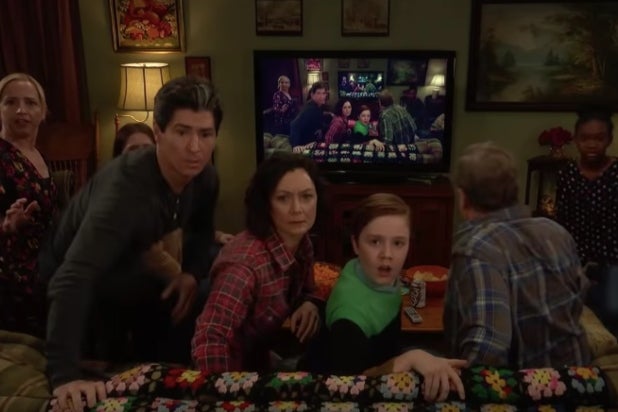 ABC
Worst: "The Conners" Crash the Oscars After a commercial break, the camera went behind the couch of the family from the "Roseanne" spinoff series to capture their reactions to "Parasite's" big win, at which point they realize they're watching themselves on TV. Too bad literally all of their jokes fell flat. Here's one of Sara Gilbert's lamest quips: "Oh yeah, can't wait to watch how to elect a millionaire while I superglue the sole back on my shoe." 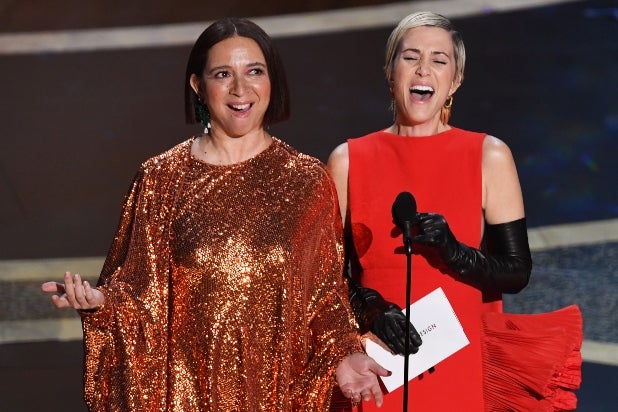 Getty
Best: Kristin Wiig and Maya Rudolph  The pair sang a medley of songs in ear-splitting harmony right before announcing the winner for best costume design. Billie Eilish's face may have looked unimpressed and slightly confused, but we're still calling this one a highlight. 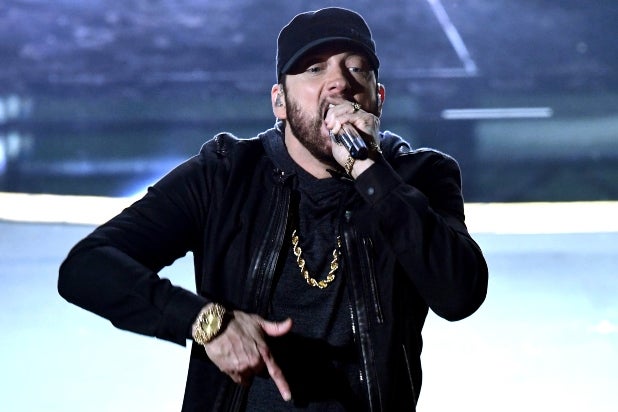 Getty
Best: Eminem's Surprise "Lose Yourself" Performance It wasn't super clear why the rapper and "8 Mile" star was at the Oscars this year, although it does mark the 17th anniversary of the time he refused to show up to accept his Oscar or perform the song at the 2003 awards show. But there's no debating one thing: Everybody's knees were weak and their arms were heavy in the Dolby Theater that night. 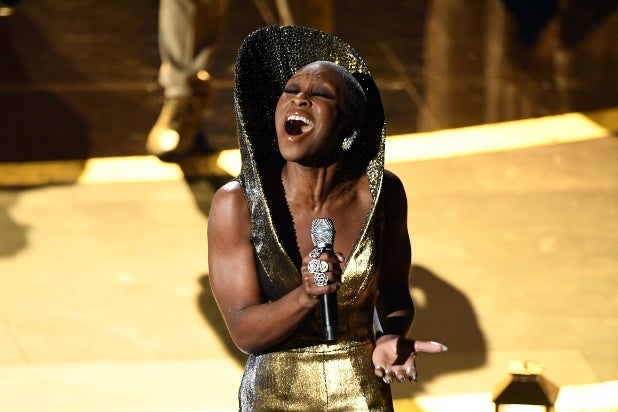 Getty
Best: Cynthia Erivo Performing "Stand Up" from "Harriet" A chillingly beautiful performance by the twice-nominated "Harriet" actress, complete with high notes that could break glass and desert-colored backup dancers swaying in front of a sunset -- emblazoned with a photo of Harriet Tubman herself. 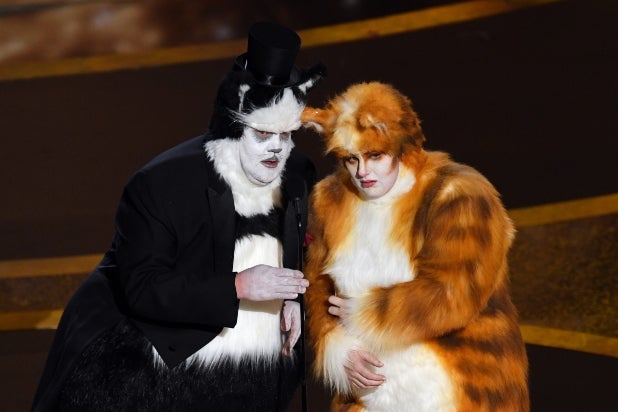 Getty
Best/Worst: James Cordon and Rebel Wilson in Cat Suits This could be the best or the worst, depending on how you feel about "Cats." The pair came out dressed in furry cat-suits and poorly-done makeup to make fun of themselves before announcing the winner for the best visual effects award. "As cast members of the motion picture cats," Wilson said, "Nobody more than us understands the importance of good visual effects," finished Corden. Then they batted around the mic stand in true feline fashion. 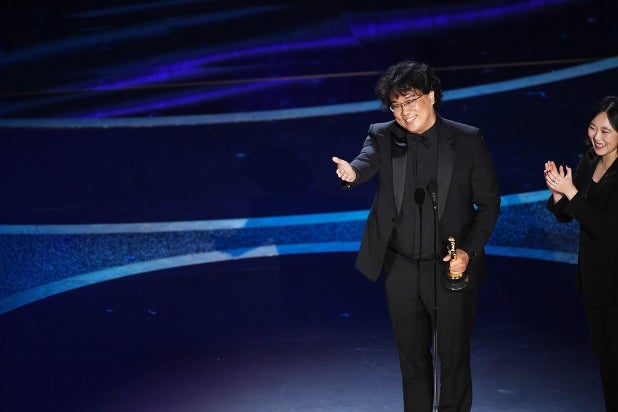 Getty
Best: Bong Joon Ho Thanks Fellow Directors The "Parasite" director thanked "The Irishman" director Martin Scorcese while accepting the Oscar for best director. He also shouted out "Once Upon a Time... In Hollywood" director Quentin Tarantino, "1917" director Sam Mendes and "Joker" director Todd Phillips, earning warm smiles from all. "If the academy allows I would like to get a texas chainsaw to split the award... and share it with all of you," the "Parasite" director said. 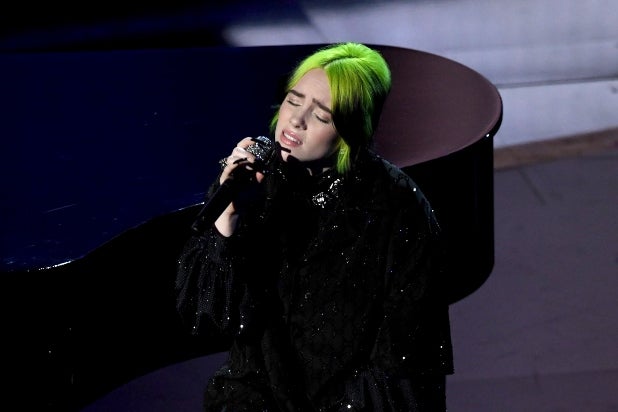 Getty
Best: Billie Eilish Sings "Yesterday" Billie Eilish sang the classic Beatles song while her brother Fineas accompanied her on piano, as a montage of all the stars we've lost this year played behind them. 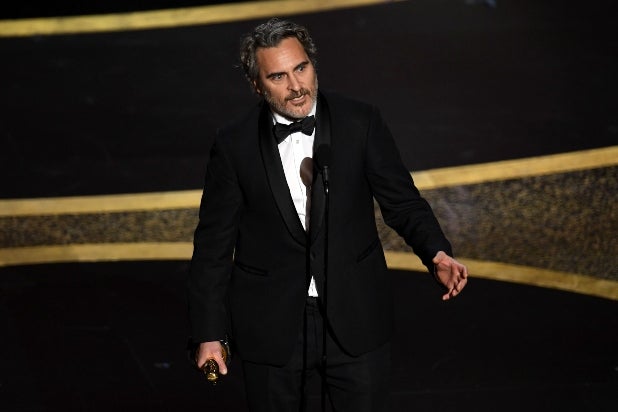 Getty
Best: Joaquin Phoenix's Acceptance Speech From quoting a touching lyric from his late brother River Phoenix to going on an odd crusade about the immorality of stealing cows' babies, the "Joker" star never disappoints when he's placed in front of a microphone at an awards show.
x
Looks like you're enjoying reading