The pre-Oscar party circuit started rolling on Tuesday and culminated with the Saturday, Feb. 8, annual behemoth known as the MPTF “Night Before” party, where A-list stars gathered at Fox Studios to give back to their own, raising over $5.4 million to benefit the Motion Picture & Television Fund. From Leonardo DiCaprio, Mahershala Ali and Nicolas Cage to Viola Davis and Brie Larsen (to name a few), Oscar winners were everywhere. 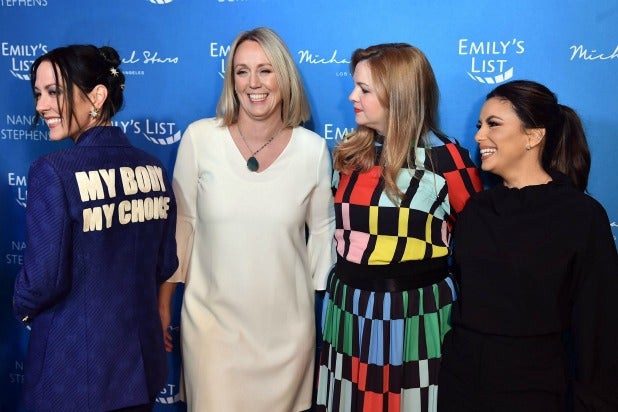 The week was filled with female-centric events, including the week’s first, as the Emily’s List panel and brunch descended on the Four Seasons Hotel on Tuesday, Feb. 4 to advocate for abortion rights and electing more women into public office. Leading the charge were (pictured) Amanda Shires, who wore her opinions on her jacket, along with the org’s president Stephanie Schriock, Amber Tamblyn and Eva Longoria. 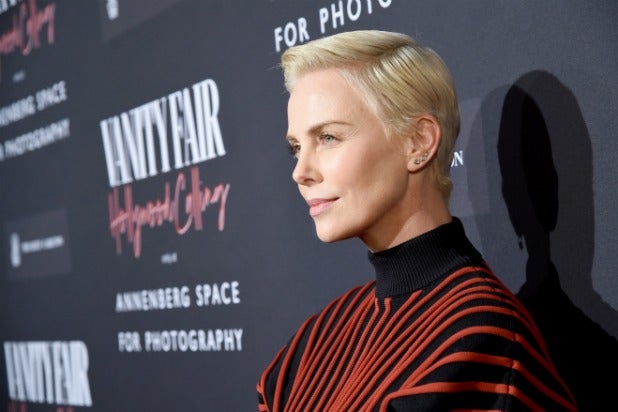 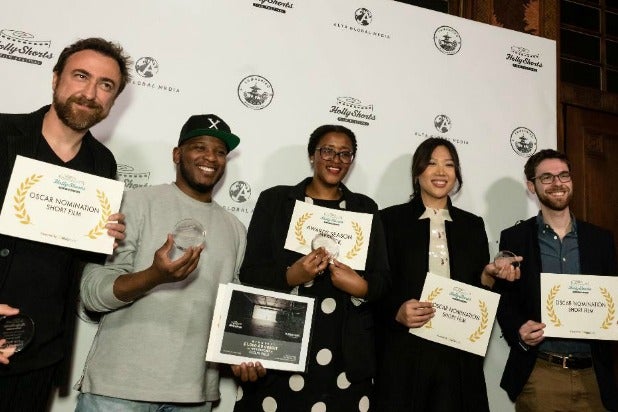 Tuesday saw the best short filmmakers in Hollywood gather at Yamashiro to join the HollyShorts Film Festival organizers in a celebration of their Oscar nominations, with special recognition to those whose works have shown at the fest. Pictured above are the night’s honorees Yves Plat, Stefon Bristol, Frederica Bailey, Siqi Song and Ben Goldberg. 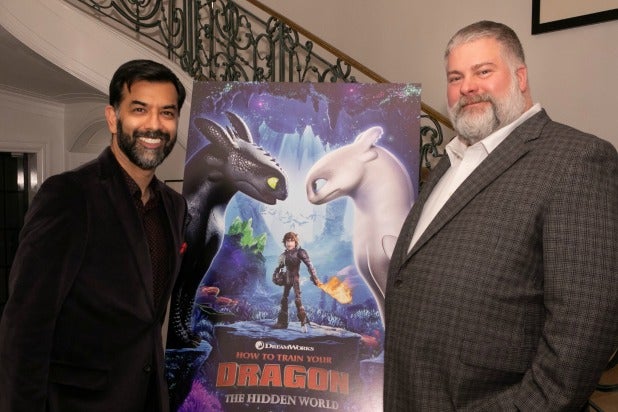 “How to Train Your Dragon” Canadian writer-director Dean DeBlois has his third best animated feature Oscar nomination this year, so Zaib Shaikh, the Consul General of Canada (pictured together), threw a private dinner bash for him at the consul’s home on Wednesday evening. They’re hoping three’s the charm. Photo courtesy Justin Wagner 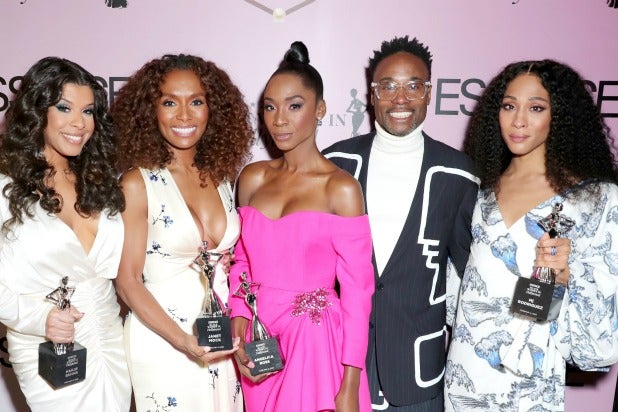 It was a full Thursday afternoon, complete with awards trophies, at the 13th Annual ESSENCE Black Women in Hollywood luncheon at the Beverly Wilshire Hotel. Celebrating diversity in both film and TV, the magazine honored many of the African American women who are helping to change the face of Hollywood. 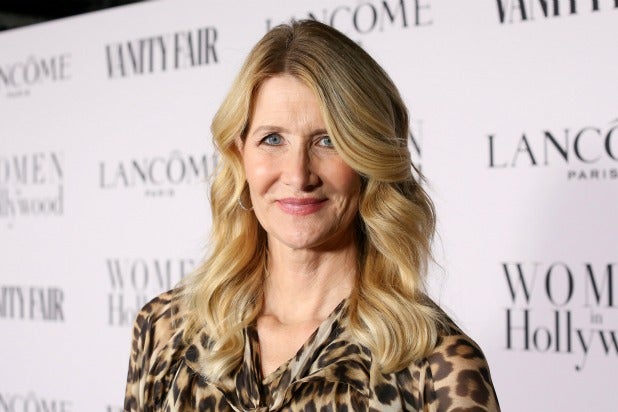 Females of all races kicked up their heels and took over SoHo House’s rooftop garden to join Vanity Fair and Lancome’s celebration of Women in Hollywood. Radhika Jones and Laura Dern (pictured) led the action, which took place in a tinsel-bedazzled pink wonderland. “This place looks just amazing,” laughed Angelica Ross, whose hot pink dress matched the décor. Georgia Hirst got the hot pink memo, too, and livened up the room filled with stars like Patricia Clarkson, Kate Beckinsale, Minnie Driver and Julianne Moore, as well as 2020 nominees Sandy Powell, Hildur Guonadottir and Diane Warren, who admitted that she’s really hoping her 11th Oscar nomination finally gets her the gold. 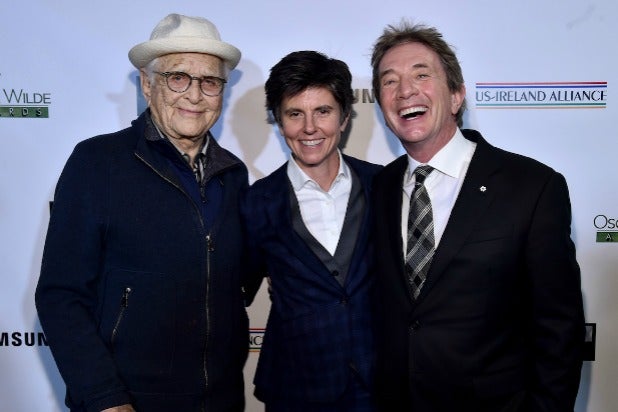 Thursday, Feb.6 was party central all over town, but for lovers of all things Irish, the place to be was Santa Monica, where the US-Ireland Alliance’s annual Oscar Wilde Awards went off with lots of laughs at Bad Robot. J. J. Abrams hosted the celebration, which served up traditional Irish fare and a handful of awards, including to Norman Lear, Jenn Murray and Tig Notaro. Martin Short, Chris O’Dowd, Roma Downey and Caitriona Balfe joined in the Irish revelry, too. 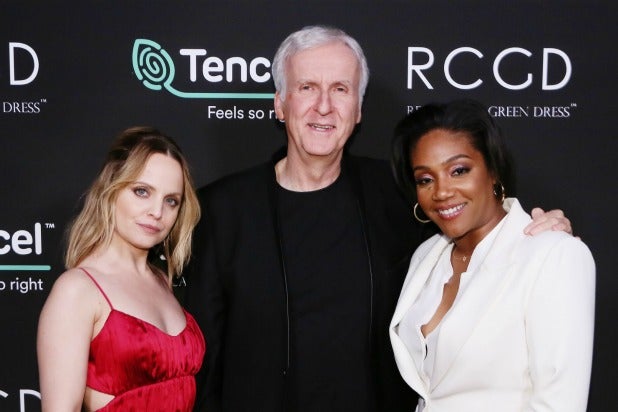 James Cameron stood in for his sick wife Suzy Amis Cameron, the founder of the Red Carpet Green Dress initiative, at the group’s annual pre-Oscars celebration on Thursday night at the Hollywood Hills Absolut Elyx house. With the aim to get people to make more sustainable choices in the clothes they wear, Cameron and Samata (CEO of RCGD) announced their 2020 ambassadors who will walk the Oscars carpet in sustainable evening wear (in partnership with TENCEL Luxe) — Kaitlyn Dever, Lea Seydoux and Elena Andreicheva. Mena Suvari and Tiffany Haddish joined the eco-friendly party (pictured with Cameron), as did Tyrese Gibson, Zelda Williams and Danielle Macdonald.

Also Read: Oscars Opener Highlights Best Movies of 2019, From 'Joker' to 'Us' 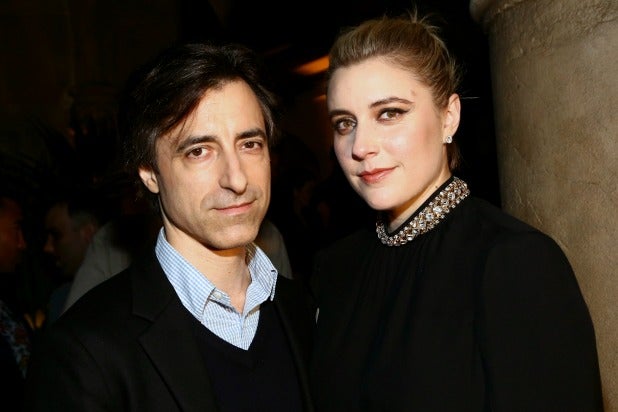 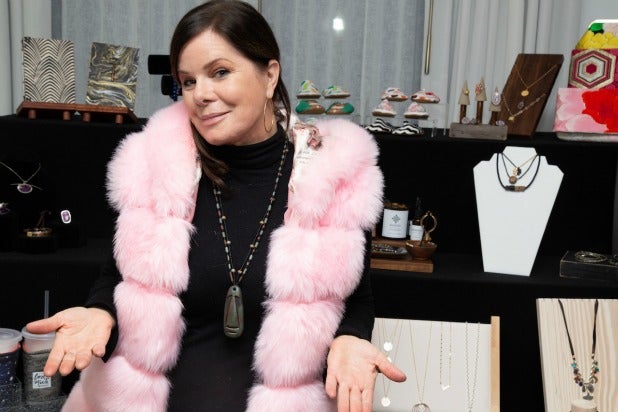 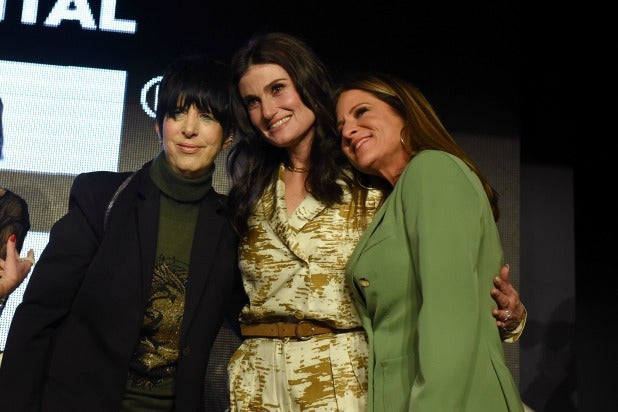 The female empowerment party theme for 2020 continued on Friday night as Women in Film — the org that has long led the charge for equality in employment for women in Hollywood — hosted the 13th Annual Pre-Oscar Cocktail Party at the Sunset Room in Hollywood. Women of every age, shape and color joined the revelry that was led by Idina Menzel and Re-Frame co-founder and Oscar winner Cathy Schulman (pictured above with nominee Diane Warren), all agreeing on the common goal of increasing the female presence both above and below the line in Hollywood films. Lulu Wang, Kyra Sedgwick, Anika Noni Rose, Beanie Feldstein, Dove Cameron, Hari Nef, Lake Bell and many others turned out, too. 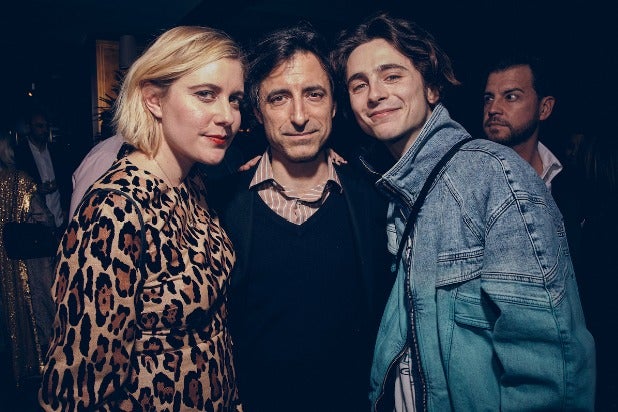 Friday night brought the UTA stable of talent together for a celebration at the Sunset Tower, led by nominees Noah Baumbach and Greta Gerwig (pictured above with Timothee Chalamet), along with Cynthia Erivo, Laura Dern and Amy Pascal. UTA chairman Jim Berkus welcomed Jerry Bruckheimer, Steve Tisch, Sigourney Weaver, Marisa Tomei, Lulu Wang, Keegan Michael Key and many others to the exclusive bash. 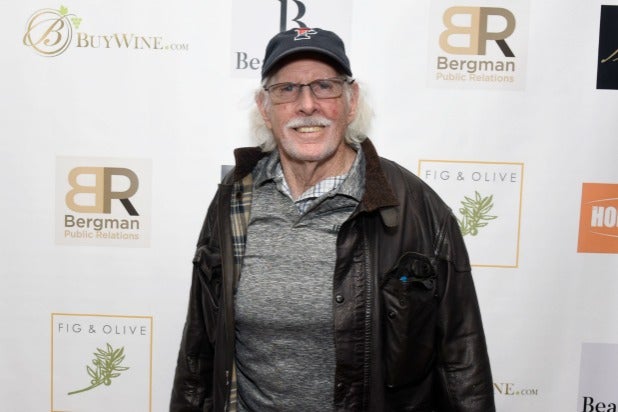 Saturday afternoon was a day for getting some pampering at Doris Bergman’s 12th Annual Valentine Romance Pre-Oscar Luxury Lounge at Fig & Olive, as “Once Upon a Time… in Hollywood” co-star Bruce Dern, “Ford vs. Ferrari” co-star Sean Carrigan and many other famous faces discovered. With truffle pasta and pastries for brunch and plenty of gifting happening on the restaurant’s patio, actors Anthony Anderson, Dee Wallace, Judd Nelson, Bill Duke and a gaggle of stars found beautiful, interchangeable jewelry by Charise Noel, gowns by Sue Wong, IFGfit posture-correcting activewear and more, including plenty of free-flowing wines from BuyWine.com and vodka from Precious Vodka, which left everyone with a happy face as they headed to the next party. 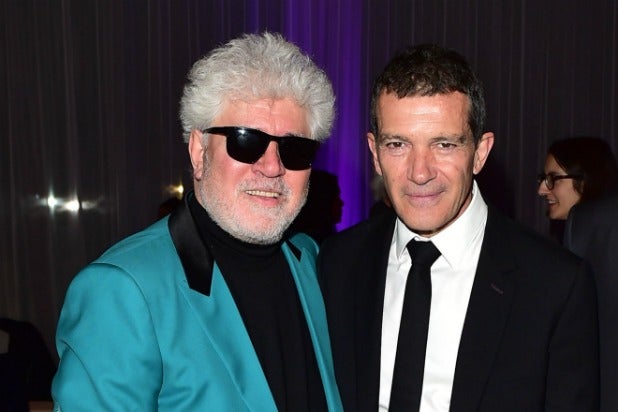 Saturday night’s MPTF blowout drew most of the A-listers and nominees over to Fox Studios, but “Pain and Glory” best actor nominee Antonio Banderas had a special dinner to attend. So he hit MPTF early then headed for a late dinner at The West Hollywood EDITION Hotel with Sony Pictures Classics head honcho Michael Barker and his “Pain and Glory” director and fellow nominee Pedro Almodovar. “To be with Pedro and Agustin [Almodovar] for over 30 years, since ‘Woman on the Verge of a Nervous Breakdown,’ is incredible,” Barker mused to the intimate group. “There is nothing like our partnership in the history of world cinema, and nothing like the partnership between Antonio and Pedro, actor and director, either, in the history of cinema,” he added.