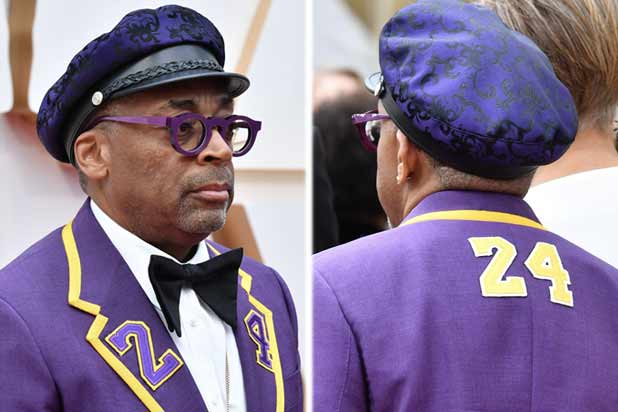 Director Spike Lee donned a purple and yellow suit to the 92nd Academy Awards with the number 24 patched on to pay tribute to the late Kobe Bryant.

“Tribute. Honor. Homage,” Lee said on the carpet when asked by ABC why he’s wearing Bryant’s numbers. “We all miss him.”

When E!’s Ryan Seacrest asked him about it later, he just shrugged, clearly letting the suit speak for itself.

Bryant died in a helicopter crash in Calabasas, California two weeks ago, alongside his 13-year-old daughter Gianna. The other victims were Orange Coast College baseball coach John Altobelli, his wife, Keri, and their daughter Alyssa; Christina Mauser, an assistant girls basketball coach at an elementary school in Orange County, California; Sarah Chester and her daughter, Payton, 13; and the pilot, Ara Zobayan.

The accident investigation is ongoing.

Also Read: Oscars 2020: We Predict the Winners in All 24 Categories (Photos)

Bryant is set to be honored during the 2020 Oscars telecast, which is taking place Sunday evening at the Dolby Theatre in Los Angeles, California.