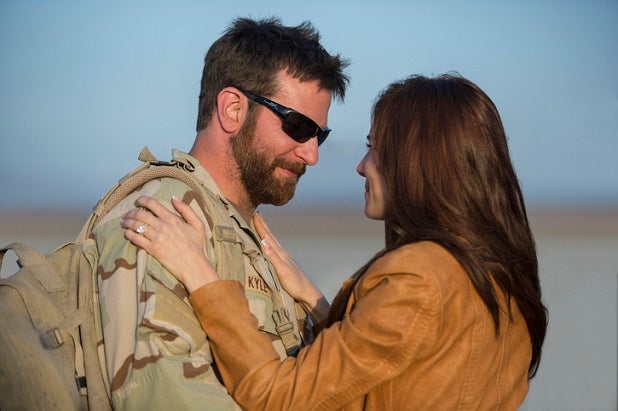 “American Sniper” got some extra box-office momentum for its nationwide debut Friday, after the Iraq War saga received eight Academy Awards nominations including Best Picture, and star Bradley Cooper was named in the Best Actor category on Thursday.

The Warner Bros. drama directed by Clint Eastwood — he didn’t make the cut — is projected to take in a stellar $50 million over the long holiday weekend ahead of Martin Luther King Day on Monday, and Thursday’s nominations could make it even more explosive.

“American Sniper” also received nominations for Sound Editing and Mixing and for Film Editing, and was honored in the Adapted Screenplay category for Jason Hall’s work bringing Richard Kyle’s gritty autobiography to the big screen. With the strong showing Thursday and a $50 million-plus haul over the weekend, “American Sniper” would be positioned to eventually top $200 million at the domestic box office.

Paramount’s civil rights film “Selma” and the Weinstein Company’s “The Imitation Game” are set up to cash in quickly, since both went nationwide in theaters just last weekend. The Best Actor nomination for Benedict Cumberbatch, who plays cryptologist Alan Turing in “The Imitation Game,” will bring an extra lift. And acting noms for leads Eddie Redmayne and Felicity Jones should boost Focus Features’ Stephen Hawking biopic “The Theory of Everything.”

“The combination of a Best Picture nomination and one in the acting categories can really make a difference,” BoxOffice.com senior analyst Phil Contrino told TheWrap Thursday. “The bump for ‘American Sniper’ should be strong,  because Bradley Cooper is going to get a lot buzz, and the same goes for ‘Imitation Game’ because of Benedict Cumberbatch.”

Box office blockbusters “Gone Girl” and Christopher Nolan‘s “Interstellar” missed out on Best Picture nominations, as did Disney’s musical “Into the Woods” and Universal’s Angelina Jolie–directed “Unbroken,” both of which are hits. Instead, smaller films including the Steve Carell–Channing Tatum murder tale “Foxcatcher,” Reese Witherspoon’s “Wild” and the music school drama “Whiplash” were named, and will have a chance to capitalize.

“Wild,” the Fox Searchlight survival saga, is the highest-grossing of the smaller Best Picture nominees with almost $31 million domestically.