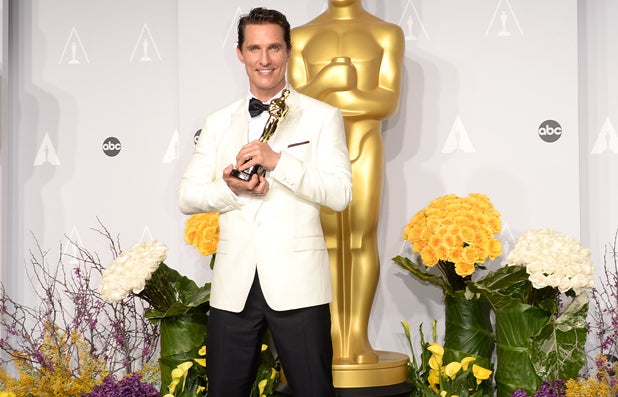 Matthew McConaughey said his Best Actor win for “Dallas Buyers Club” at Sunday’s Academy Awards was the culmination of a series of performances that saw him embracing rather than running from risk.

“It’s the bit of the end of a journey with this film,” the Oscar winner told reporters backstage at the Academy Awards.

After taking some time off from slogging through a dispiriting succession of romantic comedies, McConaughey came roaring back in recent years with a number of strong roles in edgy films such as “Mud,” “Killer Joe” and “Magic Mike.”

The goal, he said, was to do “something that scared the hell out of me.” That bold approach resulted in his work as an unlikely AIDS activist in “Dallas Buyers Club” and his acclaimed performance as the haunted investigator of HBO’s water-cooler hit “True Detective.”

McConaughey was thoughtful enough not to offer up any spoilers about what’s in store for the plot-twisting serial, which airs Sunday nights.