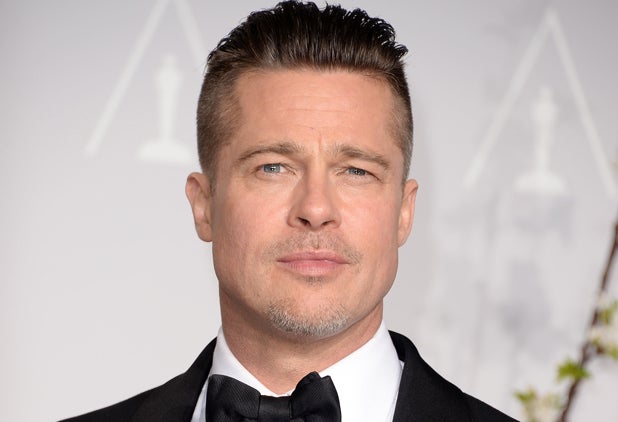 Brad Pitt‘s Sunday ended with an Oscar for producing “12 Years a Slave.” It began less glamorously.

“I had to clean up dog poop today,” he told the media backstage, explaining that it was in his bedroom.

Pitt’s collaborator and fellow Oscar winner Steve McQueen said he was so ecstatic over capturing the biggest prize in the evening that he leaped in the air.

“Physicality just takes over, so Van Halen, “Jump!” he explained. “It’s one of those moments in life that might not happen again.”

The Oscar winner struck a somber note as well. “12 Years a Slave,” after all, offers scenes of unspeakable brutality and violence as it charts Solomon Northup’s enslavement and separation from his family.

Also read: Oscars: How ’12 Years a Slave’ Won the Big One

“We just hope that this film remains a gentle reminder that we’re all equal… that another’s freedom is as important as our own,” Pitt said.

“12 Years a Slave’s” victory comes 75 years after “Gone With the Wind” captured the Oscar for Best Picture. That 1939 winner presented a sanitized version of slavery and Antebellum plantation life.

“It’s obviously a progression. The background characters are in the foreground and their history and their lives are being recognized,” McQueen said. “If we don’t know our past, we’ll never know our future.”