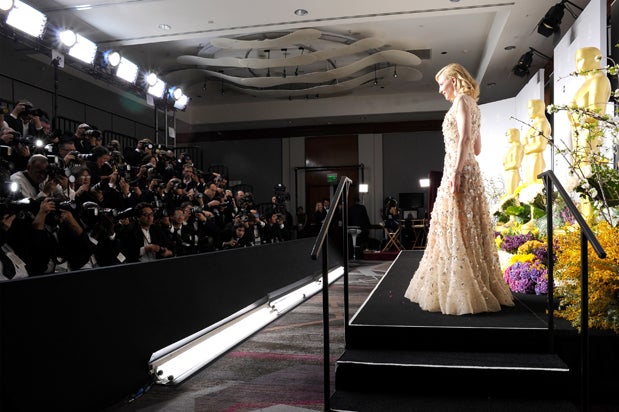 Cate Blanchett confessed that being the frontrunner for Best Actress was “intense, unbearable pressure” backstage at Sunday’s Academy Awards.

To relieve the stress, the “Blue Jasmine” star indulged in what she described as a “phenomenal massage.”

“My morning began being pummeled like Kobe beef and it just got better and better,” Blanchett said.

Her day was capped off, one journalist noted, by becoming the first Australian woman to win two acting Oscars. Her first statue came for playing Katharine Hepburn in “The Aviator.”

“Don’t you fucking forget it,” Blanchett joked after being told she’d made history.

Blanchett was all graciousness when it came to the women she beat out for the Best Actress prize, saying it was an honor just being on the short list with them.

“That the privilege and the rest is just choclate,” she said.

Watch Blanchett drop the f bomb live on CNN below: