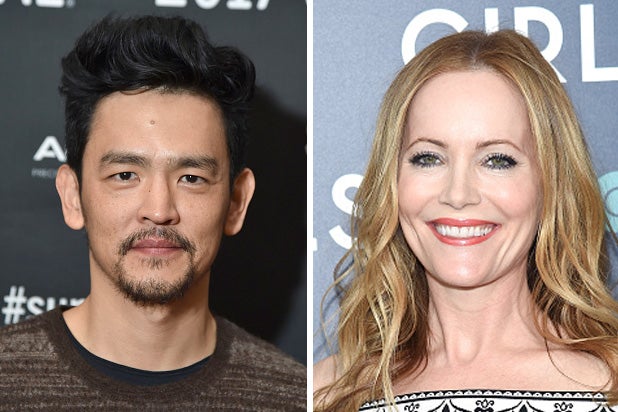 Comedians John Cho and Leslie Mann will host the Academy of Motion Picture Arts and Sciences’ Scientific and Technical Awards Presentation on Feb. 11.

The ceremony will be held at the Beverly Wilshire Hotel in Beverly Hills, California, and will involve 18 awards given to 34 individual recipients and five organizations.

“We’re so excited to have John and Leslie join us as hosts for this year’s Scientific and Technical Awards,” Academy President Cheryl Boone Isaacs said in a statement.  “It’s one of our favorite, and most talked about, events each Oscar season, and John and Leslie’s humor and refreshing take on the honorees will be a perfect addition to a night where we celebrate our colleagues’ groundbreaking scientific and technical achievements.”

Cho most recently appeared in Paramount’s “Star Trek Beyond,” which made $344 million worldwide. He’s best known for playing Harold in the “Harold and Kumar” franchise, and has also appeared in “American Pie” and Oscar winner “American Beauty.”

Mann currently stars alongside Robert De Niro in “The Comedian,” which opens this weekend. She has appeared in several of husband Judd Apatow’s raunchy comedies, including “This Is 40,” “Knocked Up” and “The 40-Year-Old Virgin.”

Parts of the scientific and technical awards will be shown during the Academy Awards broadcast on Feb. 26. Jimmy Kimmel will host the ceremony for the first time. “La La Land” received a record-tying 14 nominations.