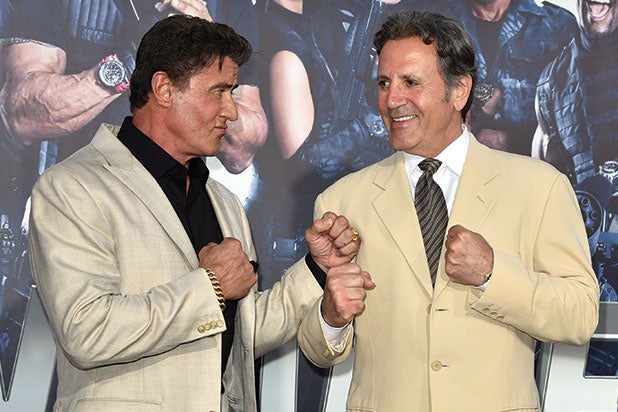 Sylvester Stallone’s brother is calling “bullshit” on the Academy for giving Mark Rylance the Best Supporting Actor Oscar over Rocky.

“The Academy should be ashamed of themselves,” Frank, also an actor and a Golden Globe nominee, tweeted Monday morning. “It’s as clear as the nose on your face that Sly won. Mark who? It’s total Hollywood bullshit.”

Frank joins a number of other people who were betting on Sly to win the trophy for his performance as Michael B. Jordan’s mentor in “Creed.” Rylance was one of the many surprises of the night when he won for his subtle performance in Steven Spielberg’s “Bridge of Spies.”

Other nominees in the category had been Christian Bale (“The Big Short”), Tom Hardy (“The Revenant”) and Mark Ruffalo (“Spotlight”).

Many responded to Frank Stallone’s tweet, agreeing to his statement. However, some fans rushed to Rylance’s defense, writing “Mark who, hello! Have you watched #WolfHall? #Mark Rylance is an incredibly talented actor!”

Sylvester had won a Golden Globe, as well as as a Critics’ Choice Award, earlier this year for reprising his role as Rocky Balboa in “Creed.” 39 years ago, Stallone was nominated in the Best Actor category for “Rocky,” as well as in the screenwriting category.