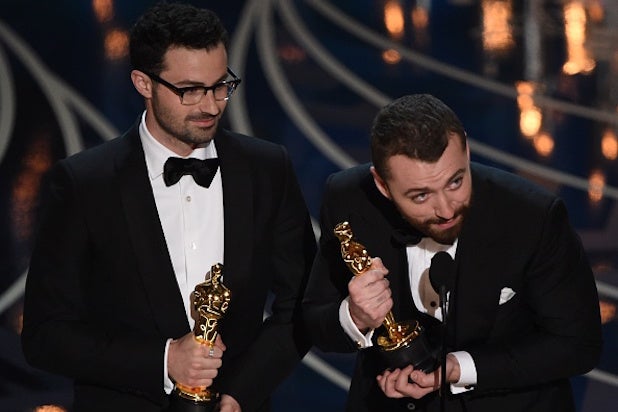 British singer Sam Smith upset Lady Gaga for best song at the Oscars, prompting the world to lose its damn mind on Twitter.

Lady Gaga‘s legion of fans, nicknamed Little Monsters, took to social media to express their outrage over the Academy’s decision to give the Oscar to Smith and Jimmy Napes for their “Spectre” theme song “Writing’s On the Wall” over Gaga and Diane Warren’s ballad “Til It Happens to You.”

Gaga was considered a heavy favorite, especially since her song from the documentary “The Hunting Ground” addresses the issue of rape and meant so much to survivors of sexual abuse.

Read some of the tweets below and let us know in the comments section if you think Lady Gaga deserved to win the Oscar, or if Sam Smith deserved the awards.

I don’t hate Sam Smith’s Bond theme because Lady Gaga didn’t win, I hated it because IT SUCKED! #Oscars

Even as a huge Sam Smith fan I have to say the Oscar should’ve gone to Lady Gaga tonight. Bloody hell. Absolutely gobsmaked.

I can’t believe it. Sam Smith won for his song? Lady Gaga deserved it more. Hell even the Weekend had a better song. #Oscars

Also Read: 'Inside Out' Director Uses Oscars Scroll to Tell Kids They're Getting a Dog

i love sam smith but that award should’ve gone to lady gaga. her song was so powerful and meaningful

How the fuck did sam smith win that instead of Lady Gaga?? What an absolute crapshoot decision #Oscars

If I were Sam Smith I would have given that award to Gaga. Everyone knows she deserved it. @ladygaga

LADY GAGA DESERVED THAT GODDAMN AWARD THAN SAM SMITH! I AM BURNING THIS SHIT