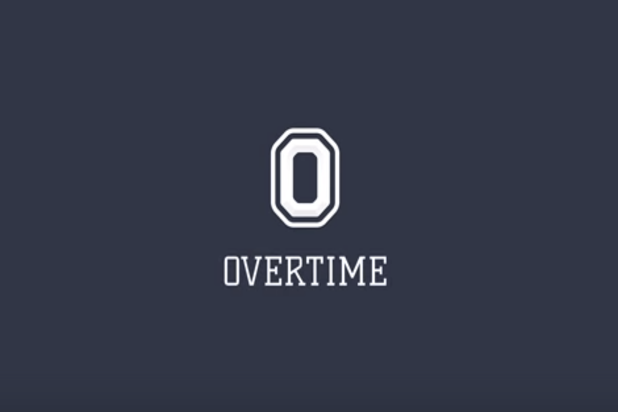 Overtime, the digital startup that focuses on high school sports, will be distributed in airports throughout the U.S. via a new deal with Reach TV, the company announced Thursday morning.

Reach TV is a multichannel digital entertainment network that distributes content throughout more than 46 U.S. airports, which garner 26 million views a month, according to the company.

Under the agreement, Reach TV will add two of Overtime’s shows — “Lie Detector” and “Different” — to its programming rotation, before adding additional shows later down the line. The company will also add top highlights from Overtime’s Instagram account, which typically consists of short clips from high school sports competitions.

Also Read: Anthony Anderson Set to Produce and Star in Romantic Comedy 'Football or Me'

“We’re excited to bring Overtime content to even more fans through our partnership with Reach TV,” Zack Weiner, Overtime’s president and co-founder, said.  “This only adds to the tens of millions of people that already view our content each month, and provides Reach TV with what the data shows is the most engaging content in sports.”

Launched in 2016, Overtime has gone from 1 million monthly video views to currently bringing in more than 550 million views.

The company says that every month, one out of every seven Americans between the ages of 18-24 consumes its short-form programming, which focuses on covering emerging talents in basketball, football, soccer, and esports. The digital sports network, which has raised over $30 million in funding to date, distributes its content across multiple distributions points including Facebook, Instagram, Snapchat and  YouTube.

“With Overtime, we are building a TV network that engages viewers who have been in need of a better entertainment experience while traveling,” Ron Bloom, Reach TV co-founder, said. “As we continue to add compelling content, we are captivating the business traveler, for an average of 38 minutes, which is a very highly sought audience for brands and marketers.”

Reach TV’s programming lineup spans lifestyle, pop culture, news and sports categories from content creators such as TicToc by Bloomberg, Cheddar, Hearst, and Newsy.  The company has also partnered with A&E to trim down 30-minute programming blocks and convert them into exclusive short-form versions specifically for its network.