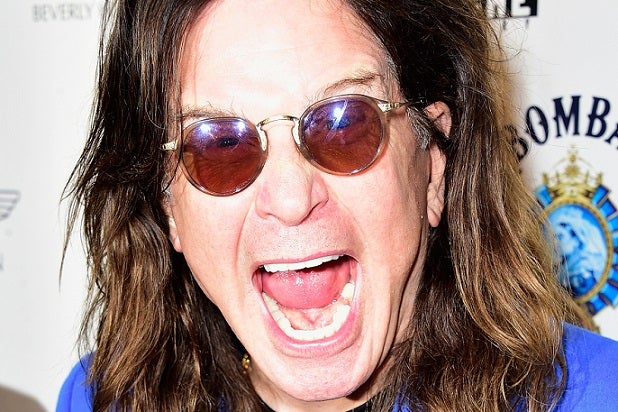 Take it from a man who knows — if you want a happy marriage, keep your affairs in order. Or at least out of sight of your wife.

Ozzy Osbourne, who last year temporarily split from his wife, Sharon Osbourne, amid reports that he had cheated on her, was asked by Rolling Stone in an interview published Thursday what the secret to their long-lasting marriage was, despite the bumps in the road.

“Don’t get caught with your mistress,” Osbourne replied, laughing.

Taking a more serious tone, Osbourne admitted that he was “lucky she didn’t walk out” on him earlier in their marriage.

“When I was a crazy f—er, I’m lucky she didn’t walk out. Now I’m coming on five years clean and sober, and I’ve realized what a f—ing idiot I was. I mean, I’m still nuts, but in control of it a bit more.”

Osbourne also allowed that he is “not proud” of his infidelity.

“When I said, ‘Don’t get caught by your missus,’ I’m not proud of all that s—. I upset my wife and I upset my family and I made a lot of shock and shame. I love my wife, and it made me realize what a f—ing idiot I’ve been.”

In May 2016, “The Talk” personality Sharon Osbourne confirmed that she had split from her husband of more than three decades.

“It’s right for me because I honestly at this point today have no idea what I’m going to be doing for the rest of my life,” she said of the move.

While Sharon did not directly address reports that Ozzy may have cheated on her at the time, she noted, “I just need time to think about myself, about what do I really want for the rest of my life.”

Saying that the split had “been very hard,” Sharon characterized her husband as “embarrassed and ashamed” by his actions.

“It’s gonna take a long time to trust, but we’ve been together 36 years, 34 of marriage,” Osbourne continued. “I just can’t think of my life without him … even though he’s a dirty dog.”

Two months later, Osbourne announced that she had taken her husband back, “even though he’s a dirty dog.”

The relationship drama found its way into the legal arena in August 2016, when Osbourne’s mistress, Michelle Pugh, sued Osbourne’s daughter Kelly Osbourne over a tweet of Osbourne’s that suggested Pugh had committed elder abuse against her father.