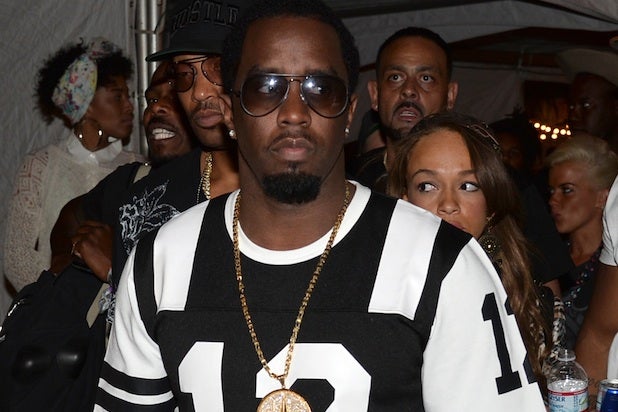 The debate began raging as soon as Howard, located in Washington, DC, made the announcement Tuesday on Twitter.

Combs,  who will also receive an honorary degree from the university alongside CNN anchor Wolf Blitzer, attended the historically black university for two years before dropping out in 1990.

Instead of finishing college, he went on to intern at New York’s Uptown Records and then founded Bad Boy Records as a joint venture with Arista Records in 1993. In addition to his own recording career, Combs signed Notorious B.I.G., Jodeci, Mary J. Blige, Usher, Lil’ Kim, TLC, Mariah Carey, Boyz II Men, SWV and Aretha Franklin, among others.

But, those accomplishments don’t seem to matter to critics of the university’s decision, who are upset that Diddy never graduated from college. Current Howard student Darien Carter tweeted his displeasure with the decision:

Can someone explain why Diddy, a person who never graduated from Howard, is speaking at graduation?

Allow me to amend that to: DROPPED OUT OF HOWARD

On the other hand, Vibe editor Stacy-Ann Ellis wrote:

Strange to see so many people displeased w/ Diddy being HU's commencement speaker. Too caught up in his lack of degree to note his successes

See below for more of the debate over the decision to have P. Diddy deliver this year’s commencement:

Diddy's net worth is greater than Howard's Endowment. Just to give some context.

Diddy is doing Howard Commencement. That's a big look for hip-hop and to his story.