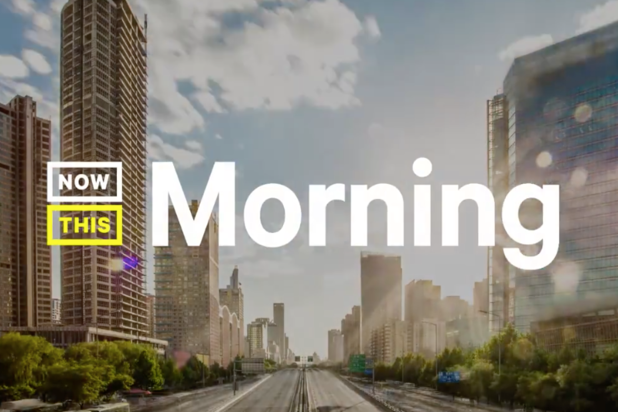 Lieberman will act as senior correspondent for the daily news show, which will be hosted by NowThis managing editor, Versha Sharma. Additionally, Zinhle Essamuah, a Washington, D.C.-based producer with NowThis Politics, will become a full-time Political Correspondent for the series, which will stream on Facebook’s video platform beginning on Monday, Sept. 24  at 9 a.m. ET.

“I couldn’t be more excited to join the team at this incredible moment. I’ve been a huge fan of NowThis and am now thrilled to help kick off its new daily news show, ‘NowThis Morning,’ and report on the core issues that matter most to young people,” Dan Lieberman said in a statement. “NowThis has built a unique voice that instantly connects with young audiences, leading the industry in covering the most important stories through such a human and empathetic lens.”

The new series, which is being funded by Facebook as part of its news initiative, will center on breaking news and topical stories targeted at millenials and Gen Z. The daily news show will also feature four other NowThis on-air contributors, including Judah Robinson (International), Sally Turner (Entertainment), Alejandro Alba (Future & Tech), and Broadway’s “Hamilton” star, Javier Muñoz as a special contributor.

“We’re thrilled to announce such a talented and dynamic editorial team who will bring NowThis Morning to life for millions of young people on Facebook,” said Nancy Han, NowThis Morning executive producer. “I’m confident that Versha and the team of incredible on-air correspondents will spark smart and relatable conversations and provide informative morning news for a mobile generation.”

NowThis is a social news publisher that encompasses 13 content verticals which generate a combined 2.5 billion monthly views, according to the company. Those verticals include News, Politics, Entertainment, Future, Her, Money, Sports and Food among others. In December 2016, NowThis joined forces with Thrillist, The Dodo, and Seeker to form Group Nine Media, in a deal totaling $585 million.