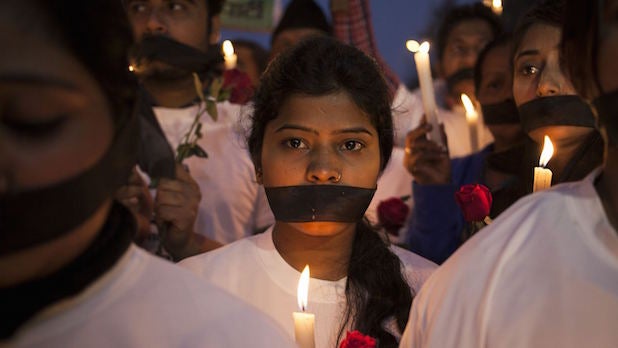 Leslee Udwin’s documentary “India’s Daughter” will be released theatrically in the U.S. by Paladin. The film will hit New York theaters on Oct. 23 and Los Angeles theaters on Oct. 30, the company announced Thursday.

“India’s Daughter” tells the story of the savage rape and eventual death of 23 year-old medical student Jyoti Singh in New Delhi in December of 2012, an event that shook the social fabric of the country to its core. The film received global attention this past March when it was banned in India just two days before its scheduled broadcast.

An Assassin Films production, “India’s Daughter” was directed and produced by Udwin. Susan Sarandon and Nick Fraser serve as executive producers, while Frieda Pinto served as associate producer. Following its theatrical release this fall, the film will be broadcast on PBS. Women Make Movies holds digital and home entertainment rights.

On Dec. 16, 2012, Singh went to see “Life of Pi” with a male friend. When they boarded a private bus to return home, the young man was beaten senseless, and she was dragged to the rear of the bus and repeatedly gang raped. Her assailants brutalized her as they circled the city, injuring her internal organs, and ultimately eviscerating her with an iron rod. Miraculously, she survived for 13 days before her surgeons could do no more to save her. Her tragic death raised the fury of Indian women and men alike, and New Delhi saw an explosion of public outrage that resulted in a month of unprecedented mass street protests throughout the nation, and a government crackdown with water canons and tear-gas.

In “India’s Daughter,” Udwin unspools the extraordinary story of Singh and her forward-thinking family, while also probing the culture of rape and the psyche of her attackers. One of the film’s most astonishing scenes is a confession by one of the perpetrators, filmed in prison, that provides crucial insight into the mindset of the men who committed the rape, and explores the wider dynamics of a patriarchal society and culture which seeds violence against women.

Following its debut in Great Britain earlier this year, and presentations at festivals and conferences throughout the world, “India’s Daughter” has become a source of considerable controversy, with some advocates calling it essential viewing and a film that can spark change for women in India and worldwide, while others criticize it for giving a megaphone to the rapists’ point of view, for bringing shame upon India, ignoring the Indian women’s movement, and violating the rights of both the victim and the accused.

For bearing witness to the truth about rape in global society Udwin was honored as a New York Times 2015 Woman of Impact, and won the prestigious Anna Lindh Human Rights Award for her groundbreaking work in advancing the rights of women.