Soumya Sriraman has been named president and CEO of Palisades Tartan U.S. and U.K. She most recently was senior VP at Vivendi, Universal Music and Video Distribution¹s filmed entertainment arm. 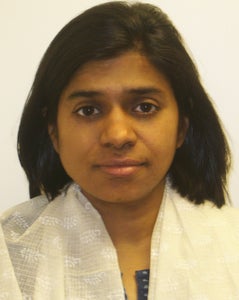 The appointment was announced Thursday by Vin Roberti, chairman of Palisades Media Corp.

"Soumya’s executive background with the studios and entrepreneurial spirit, coupled with her fresh perspective and keen insights, make her an ideal fit for our growing company," Roberti said in a statement.

Palisades Tartan distributes independent and arthouse cinema in the U.S. and the U.K. Its U.K. titles include the Ingmar Bergman library and Wong Kar Wai’s "2046" and "In the Mood for Love." In the U.S., its repertoire includes Michael Winterbottom’s "9 Songs" and Park Chan-wook’s "Oldboy."

Roberti and Sriraman plan to aggressively build the Palisades Tartan brand through strategic acquisitions and mergers over the coming year.

She signed a multiyear contract with the company and will be relocating to New York from Los Angeles.

Tartan Films, founded in 1984 in the U.K., was acquired in 2008 by Palisades Pictures. Parent company Palisades Media Corp is a financier of prints & advertising for the independent film market. Together with its affiliate, Palisades Media Asset Fund, Palisades has securitized and financed more than 550 films.