It’s only day two of 2018, but Hollywood’s internal clock is barreling toward the climax of awards season as filmmakers and actors start collecting the trophies for which they’ve spent months campaigning.

The Palm Springs International Film Festival, or more specifically its annual starry awards gala, is the start of that big push to the finish line. On Tuesday night, the festival recognized this year’s breakout films and the performances that populated them at the desert resort town’s convention center.

But more than collecting hardware, Tuesday was an ice-breaker for a long series of chicken dinners and emotional speeches where the entertainment industry will have to confront the horrors of sexual harassment and assault scandals to hit since October.

While the gala steered away from head-on references to the likes of Harvey Weinstein, it did confront the need to address and eliminate misconduct, achieve gender parity behind the camera and focus on diversifying stories and storytellers.

There was also a good amount of levity, which shows promise for events to come (and the audiences that will need to watch televised ones).

Here are a few things we learned:

At the top of the evening, the festival’s chairman Harold Matzner addressed the heavy security surrounding the festival campus at the convention center. It’s no exaggeration: Neon-vest wearing guards started as far back as three blocks from the venue. Roadblocks followed, then beat cops, then two armored police cars and uniformed troopers on the runway up to the red carpet.

“I want to be clear, there was and is no threat,” said Matzner. “But you are safe. And I’m trying to keep you safe. I’m 80 years old and I’m trying,” he said to laughs.

“Wonder Woman” was much more than a superhero film, but it’s no doubt a model for what the studios hope tentpole films can be: huge box office, crowd-pleasing, nerd-friendly and empowering to women.

That’s why, according to Matzner, the festival honored a live-action superhero movie for the first time ever. They awarded Gadot the Rising Star award for her portrayal of Diana Prince, and it was presented by her director, Patty Jenkins.

Chalamet, who won the Rising Star award alongside Gadot in the actor category, bemoaned the pressure of being recognized next to someone whose movie “has literally made 250 times the money ours has.”

Gadot thanked both DC Comics film architect Zack Snyder and her director Jenkins, who she’ll soon set off with to film “Wonder Woman 2.”

“You’re going to be sick of me,” Gadot said. Her Amazonian hero isn’t the only comic book character to get love, either.

While presenting the Icon Award to his “The Florida Project” star Dafoe, director Sean Baker joked that the children of their film knew the actor primarily as The Green Goblin — the Spider-Man villain from the Sam Raimi trilogy.

Goblin talk was not exclusive to onscreen villains.

Salma Hayek, a noted Weinstein detractor who documented a harrowing account of on-set abuse during their movie “Frida,” tripped over the word “victim” in her presenters speech for the “Shape of Water” cast.

“I’ve been using it so much lately,” she joked the laughter and applause.

Chastain, in her night-ending acceptance of the Chairman Award presented by her “Molly’s Game” director, Aaron Sorkin, gave a rousing battle cry for the new year. 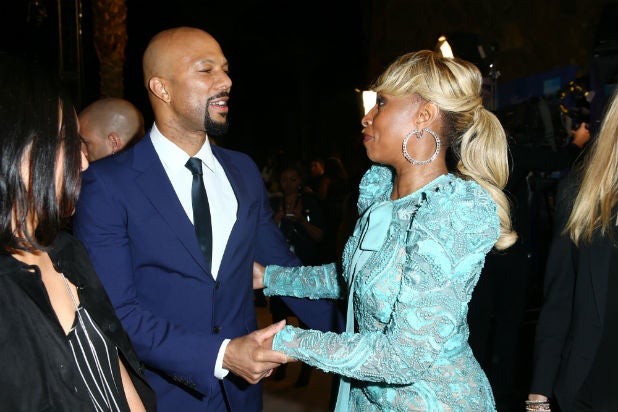 “Major change is coming. Change is good. Change is needed,” the actress said. “Through a joint effort we will make things better. We must be better, and we will.”

Mary J. Blige is a music icon, and has served as music’s ambassador to Hollywood and fashion many times over her career. But with the Dee Rees drama “Mudbound” from Netflix, Blige took the plunge into full transformation.

“I didn’t realize how vain I was until I took this part,” Blige confessed. “But after stripping down hair, makeup and the false lashes,” she said she was free to explore the inner life of her character. She thanked co-stars like Carey Mulligan and Netflix content chief Ted Sarandos for letting her find another dimension to herself.

That’s all. He announced during this speech that he and his wife intended to make the hamlet their “permanent home.” Look for him around the neighborhood.

Read the full list of winners from the film awards gala: