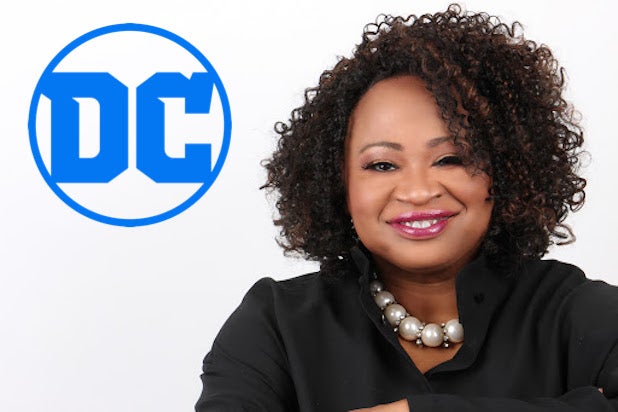 Pam Lifford has been promoted to president of Warner Bros. Global Brands and Experiences (WBGBE), with responsibility for consumer products, DC, themed entertainment and a new global franchise team, the studio announced Thursday.

In her new role, Lifford is charged with developing all-new fan-engagement business opportunities as well as working to align the current fan-focused activities of Warner Bros. Consumer Products, Themed Entertainment and DC.

Additionally, she will coordinate with WarnerMedia sister companies HBO and Turner as well as various AT&T divisions.

The day-to-day operation of DC will continue to be run by Jim Lee, publisher and chief creative officer, and Dan DiDio, publisher, who both now report to Lifford.

Consumer Products will be led by its current management team.

The formation of WBGBE is part of a broader effort by the studio to engage consumers more deeply in its franchises and other content. Additionally, through expertly curated experiences, fans will be able to create moments and memories linked with Warner Bros.’ and DC’s brands and franchises, further strengthening their connection to iconic characters and franchises.

Lifford joined the Studio as president of Warner Bros. Consumer Products in February 2016. She previously spent 12 years at Disney, rising through the ranks to become a member of the consumer products executive leadership team where, as Executive Vice President, she oversaw the global home, fashion and infant businesses.

“Pam has deep experience across consumer products and building emotional
connections with fans, and in the two years she’s been at Warner Bros., has proven herself and her vision,” Tsujihara said in a statement.

“This is an incredible opportunity for us to super-serve our fans across a variety of platforms and venues throughout their lifetimes,” said Lifford. “Warner Bros. has world-class characters and brands that are beloved around the world — from our licensed DC Super Heroes and the Looney Tunes and Hanna Barbera animated superstars to a library of over 10,000 films and TV shows — and we’re now making it a priority to bring these properties to fans in new and exciting ways.”