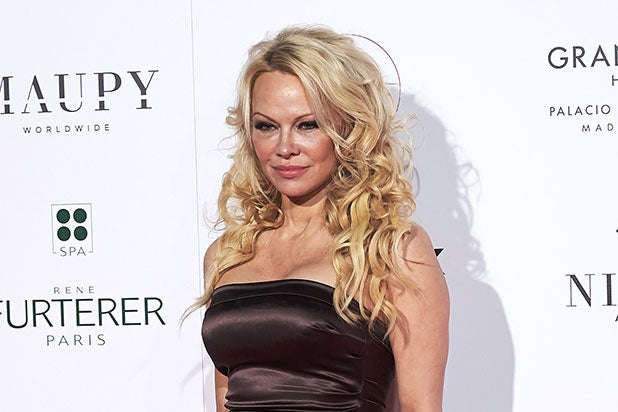 Pamela Anderson reacted with shock and dismay on Thursday after WikiLeaks founder Julian Assange was arrested and removed from the Ecuadorian embassy in London and taken into custody by British authorities.

The former “Baywatch” star, who has said she has a “romantic kind of relationship” with Assange, denounced the British government as “America’s bitch.”

“I am in shock. I couldn’t hear clearly what he said? He looks very bad. How could you Equador ? (Because he exposed you). How could you UK. ? Of course – you are America’s bitch and you need a diversion from your idiotic Brexit bulls—,” Anderson said in a tweet Thursday morning.

“And the USA ? This toxic coward of a President,” she added of President Trump. “He needs to rally his base? – You are selfish and cruel. You have taken the entire world backwards. You are devils and liars and thieves. And you will ROTT. And WE WILL RISE”

As he languished for years in legal limbo at the Ecuadorian embassy, Anderson has long been one of Assange’s most ferocious and high-profile supporters in the United States and visited him at the Embassy multiple times in 2017. She has even teased a possible romantic connection between two.

“He’s definitely an interesting person, and there’s definitely a romantic kind of connection ’cause it’s a romantic struggle,” she told TMZ founder and Fox News host Harvey Levin on “OBJECTified” last August. ” “We have this closeness … he’s not close to people like he is to me.”

All told, Assange spent nearly seven years holed up at the embassy in an attempt to fight extradition to Sweden on charges of rape. Assange consistently denied the accusation and the charges were dropped in 2017. He was ultimately booked on the lesser charge of jumping bail, providing the pretext for his arrest by Scotland Yard after Ecuador withdrew its offer of asylum.

During the 2016 presidential election, Assange and his WikiLeaks played a key role in revealing hacked emails and documents from the Democratic National Committee and Clinton campaign chief John Podesta. It remains an open question whether the United States will seek his extradition and what charges he may face.