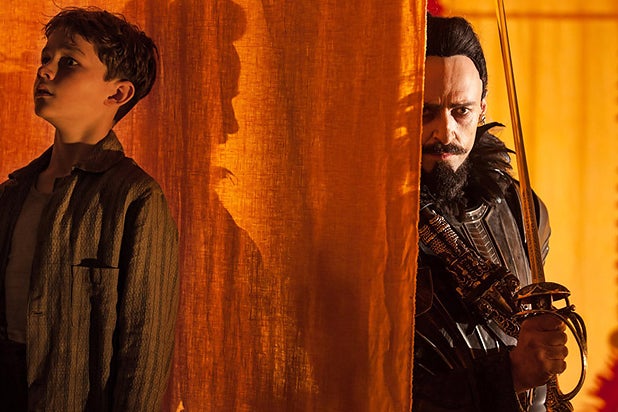 Joe Wright is certainly putting his own spin on J.M. Barrie’s “Peter Pan,” judging by the first look at his upcoming fantasy actioner “Pan.”

EW has the first photos, which feature a dramatically transformed Hugh Jackman, playing Peter Pan’s dreaded pirate foe — not Captain Hook, but Blackbeard. The film is also set during WWII, and Peter is among an array of young boys kidnapped out of their beds by Blackbeard and his pirate gang.

“This isn’t exactly the Neverland story you know,” Wright said.

There is a Captain Hook in the film, but he’ll be played by Garrett Hedlund, and he’ll be an Indiana Jones-like heroic figure. The rest of the cast includes Rooney Mara as Tiger Lily, Amanda Seyfried as Mary, Adeel Akhtar as Smee and Cara Delevingne as a mermaid.

See the first photos from the film below.