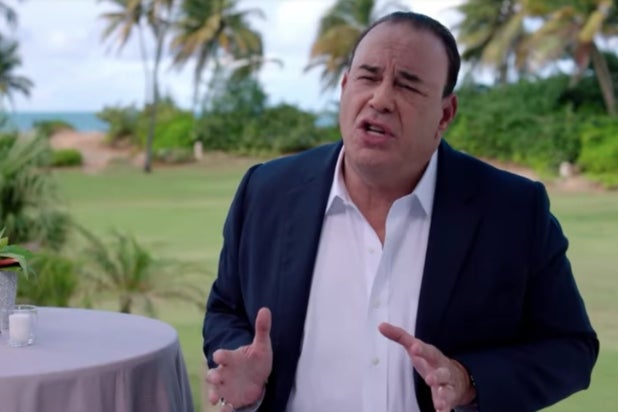 The trailer, released Thursday, finds Taffer joined by several quarreling married couples at a 5-star hotel in the Caribbean. You can watch it below.

Per Paramount, Taffer will work with a diverse group of spouses ranging from newlyweds to couples who have been together for decades. To escape any distractions from the daily grind of their lives, Taffer is taking the couples to a five-star beach resort in the Caribbean. In each episode, he will meet two new couples and explore the issues straining their marriages. After putting their relationship to the test with a series of unique, customized challenges, the couples will have to decide whether to stay together or separate.

Paramount has also ordered a seventh season of “Bar Rescue.” New episodes of season 6 are currently airing Sundays at 10/9c on Paramount Network. Both series are produced by 3 Ball entertainment and executive produced by Taffer.

“‘Bar Rescue’ is first and foremost about helping people flourish in difficult situations. ‘Marriage Rescue’ will allow me to focus my energy and passion on couples that need to confront issues and cause serious change in their relationship,” Taffer said in a statement. “At the end of the show, whether the couple decides to stay together or part ways, I know that our work together will leave everyone in a better place with confidence in their future.”

“We are thrilled to add ‘Marriage Rescue’ to our roster of successful Jon Taffer-led programming,” said Keith Cox, president of development and production for Paramount Network and TV Land. “Like fan-favorite ‘Bar Rescue,’ this series is a raw and emotional look at high-stakes relationships on the edge of shutting down.”