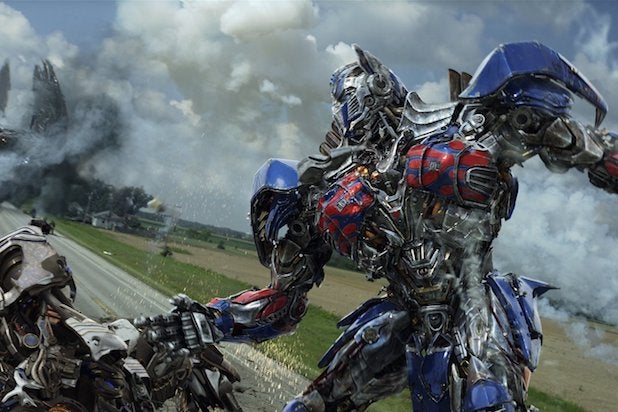 Paramount Pictures and Hasbro are teaming up to produce and distribute live-action and animated films and television shows under a new five-year pact. The two companies already have a successful working history together on both the “Transformers” and “G.I. Joe” movies.

As previously announced, there are more Autobots vs. Decepticons flicks already in the works, and an individual with knowledge of the studio’s film development has told TheWrap in the past that we’ll be seeing more of “The Real American Heroes” in years to come, too.

“Paramount has been a valuable partner of Hasbro’s for more than a decade, and we’re looking forward to taking our relationship to the next level,” said Brian Goldner, chairman and CEO, Hasbro. “Storytelling, in its many forms, is revolutionizing our business and differentiating Hasbro in all sectors where we operate. We look forward to collaborating with the talented team at Paramount to create powerful new stories for kids, fans and families globally.”

“Hasbro has an enormous array of exceptional brands, so this expansion of our relationship is incredibly exciting,” added Paramount Pictures chairman and CEO Jim Gianopulos. “We look forward to working with Brian Goldner and Stephen Davis and the Hasbro and Allspark teams to create extraordinary film properties for all audiences.”

Terms of the deal are not being disclosed, though the companies said “Paramount and Hasbro will partner on financing projects at varying levels of investment.”