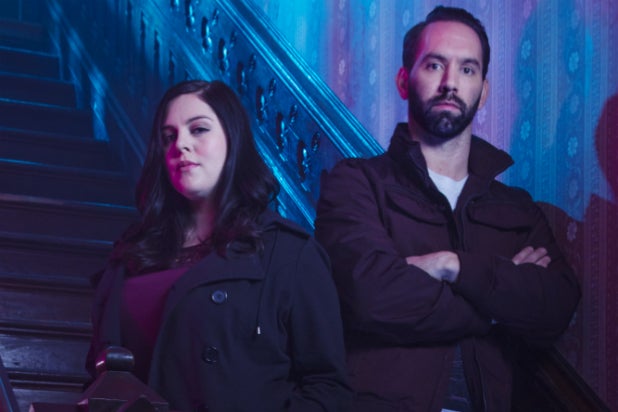 Paranormal investigator Nick Groff and researcher Katrina Weidman will spend 72 hours locked inside with all the spirits — and the spirits. One of those is much more awesome to be around than the other.

But an abundance of spooky history has been reported on the property, per Destination America, including unusual activity in the Stillhouse and legendary Warehouse D, sightings of a woman in the windows at the onsite T. Jeremiah Beam home, and a known prankster, Cans Hall, who doesn’t shy away from interaction.

Additionally, Season 3 will see Groff and Weidman return to the Monroe House in Hartford, Indiana. In the second season, Groff and Weidman unearthed something sinister in a crawl space underneath the home — skeletal remains.

The question of what is haunting the Monroe House is now more of a mystery than ever, so they travel back to the historic location to seek a better understanding of potential connections between the remains and the continued hauntings.

This time around, a biological anthropologist will consult on the bones Nick and Katrina had found to give his expert opinion on their origins.