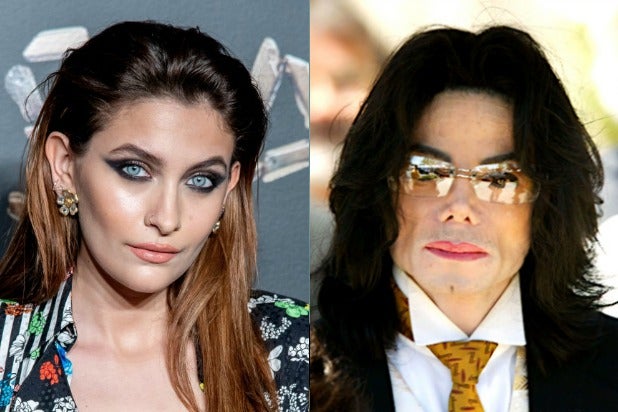 Paris Jackson called out TMZ Saturday moments after the website reported that she had been hospitalized in an apparent suicide attempt.

“F– you you f–ing liars,” the model and actress tweeted at the publication just minutes after they published their report saying “Michael Jackson’s only daughter slit her wrists.”

It was followed by another tweet from her: eight question marks and a scowling emoji.

Although reps for Jackson and TMZ did not immediately respond to TheWrap’s request for comment, a person with knowledge of the situation said Jackson had an incident Saturday morning that required medical treatment, and that she is currently resting at home and doing fine. “Any reports of a 5150 hold/suicide attempt are simply untrue,” they added.

On Saturday, TMZ also reported that Jackson was on “5150 hold” — which refers to being held without will for up to 72 hours in a psychiatric hospital — and cited “family sources” and “sources with knowledge”  that the attempt was made as a “direct response to the allegations made against her father in ‘Leaving Neverland,” a documentary in which two boys accused her father of molestation in the 1990s.

It’s unclear what specifically the star was refuting in her response to the TMZ story.

The HBO documentary presented a stark case of pedophilia and sexual misconduct against the King of Pop, with interviews with two men — Wade Robson and James Safechuck — who accuse Jackson of molesting them as children. The fallout for Jackson and his estate has been substantial, with Jackson’s music being pulled from radio stations in several countries, and the “Simpsons” even yanked an iconic episode of their show which featured a prominent Jackson cameo.

As they did during his life, the Jackson family has vociferously denied the accusations.

“We can’t just stand by while this public lynching goes on, and the vulture tweeters and others who never met Michael go after him,” his family said in a statement in response to the documentary. “Michael is not here to defend himself, otherwise these allegations would not have been made.”