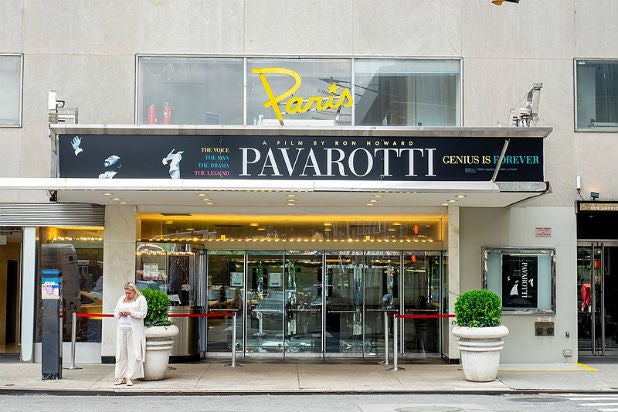 The Paris Theatre, the last remaining single-screen theater in Manhattan, closed permanently on Thursday after 71 years.

Rumors since early summer held that the theater would be closing its doors before the end of the year, and Deadline reported last month that the theater would likely shut down in August. However, the theater’s owners never made an announcement and according to New York’s PIX 11, the closure came as a surprise to moviegoers who went to buy tickets for the Ron Howard-directed documentary “Pavarotti” only to see a closure notice posted to the door.

“Notice of Closure. Unfortunately our lease has ended and the Paris Theatre is now closed,” read the note, photos of which were shared Thursday night on Twitter. “We would like to extend our sincere appreciation to all our guests over the years. Thank you for your patronage and we regret that we cannot continue to serve you.”

According to PIX 11, Paris Theatre was operated by City Cinemas, but the building is owned by New York-based real estate developer Sheldon Solow. City Cinemas and representatives for Solow did not immediately respond to requests for comment from TheWrap.

The theater, which seated more than 500 people, opened in 1948, initially playing only French language films.