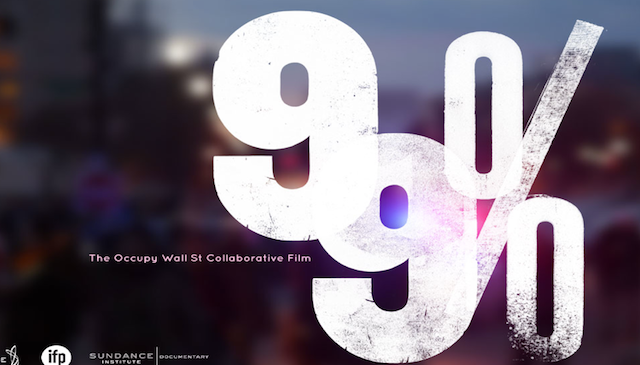 Participant is planning a theatrical run and has also scheduled the film's TV premiere on Participant's new channel, which will launch in August. Participant did not announce who would distribute the film — or when.

The film, which depicts the eruption of the nationwide movement protesting economic and social inequality, fits with Participant’s mission of making socially conscious films. Founded by Jeff Skoll and run by Jim Berk, the company has made such films as “An Inconvenient Truth,” which explored global warming, “Waiting for Superman,” which tackled public education, and “PAGE ONE: Inside The New York Times,” which examines the present state of media.

Participant will stage a social action and advocacy campaign to encourage conversation around the film and its central topic, inequality.

"99% provides a fascinating and involving account of the genesis of one of the most dynamic social movements in recent years, leaving the viewer inspired and full of hope," Berk, CEO of Participant, said in a statement. "With our new TV channel we can insure that this film will shine a light on important issue for a national audience.”

Audrey Ewell, Aaron Aites and Williams Cole produced the movie, which credits five different people as directors. The explored how the Occupy Wall Street movement spread from lower Manhattan to public squares around the country.