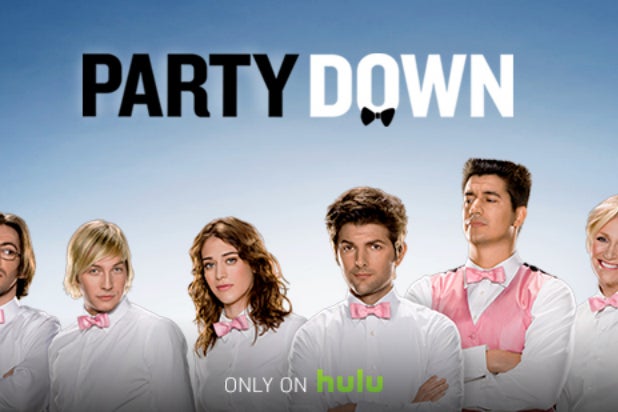 Hulu Plus has acquired the exclusive streaming rights to Starz comedy “Party Down.”

Created by Rob Thomas (“Veronica Mars”), “Party Down” follows the story of a group of Hollywood acting wannabes who make ends meet by working for a Los Angeles catering company.

“Hulu is a top destination for great, cult comedies, which is why ‘Party Down’ is the perfect addition to the Hulu library,” said Lisa Holme, director of content acquisition at Hulu. “We know our viewers will enjoy watching some of their favorite actors showcasing their comedy chops in this hilarious show.”