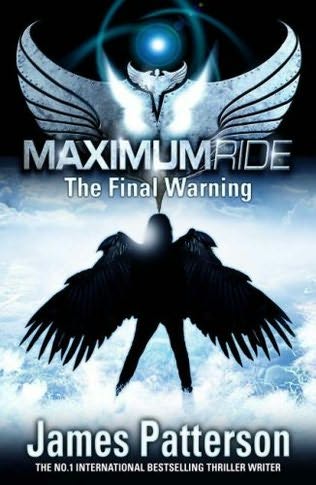 According to the Hollywood Reporter, Columbia’s parent company Sony has put the popular property into turnaround and Universal is close to making a play for the teen-centric franchise.

The series follow six genetically altered teens known as the Flock, who are 98% human and 2% avian. The first three books finds the Flock fleeing from the Erasers, a pack of human-wolf hybrids that were created in the same laboratory.

"Twilight’s" Catherine Hardwicke remains attached to direct, while the Oscar-nominated team of Mark Fergus and Hawk Ostby ("Children of Men," "Iron Man") have been brought on to rewrite Don Payne’s screenplay. Avi and Ari Arad are producing with Steven Paul, while Tracy Falco and Franklin Leonard will oversee the project for Universal.

As THR notes, the "Maximum Ride" property has it all: built-in awareness that offers franchise potential, trendy supernatural/superpower elements and most importantly, cost-saving teenage protagonists whose raging hormones signal some kind of romance.

Columbia is already developing several youth-skewing franchises including "Ghostbusters 3," the "Spider-Man" reboot and a bigscreen adaptation of R.L. Stine’s "Goosebumps" series, so they may not have wanted to make a long-term commitment to a franchise that is far from a sure thing.

Although I’ve never read a single book in the "Maximum Ride" series, I am a huge fan of Patterson’s, having read all 16 books in his Alex Cross series, which has generated more than $2 billion in worldwide sales. The 12th book, the origin story "Cross," is currently in development with Lloyd Levin of Lawrence Gordon Productions producing with James Patterson Entertainment’s Steve Bowen. I’d love to see "The Hurt Locker" star Anthony Mackie play the young Cross (Morgan Freeman portrayed the character in both "Kiss the Girls" and "Along Came a Spider"), but then again, I’d love to see Mackie in just about any movie that could help make him a bigger star, which his talent dictates he deserves to be.