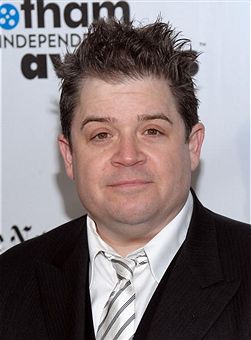 Star John Cho and writer-producer Jon Hurwitz recently teased Oswalt's casting on Twitter, although there are no details as to the character he will play.

Todd Strauss-Schulson directs from a script by Hurwitz and Hayden Schlossberg.

The filmmakers are expected to find a way to resurrect Neil Patrick Harris from the dead. The "How I Met Your Mother Star" was shot full of holes in the first sequel, yet apparently appeared intact after the credits.

Production on the 3D (confirmed by Oswalt and Strauss-Schulson) holiday-themed stoner comedy has already begun in Michigan.

First Showing already has some photos from the Christmas tree-lined set.

The film, reportedly set 10 years after "Harold & Kumar Escape From Guantanamo Bay," is aiming for a Christmas 2011 release.

Deal Central already has plans to hit up White Castle after the movie.