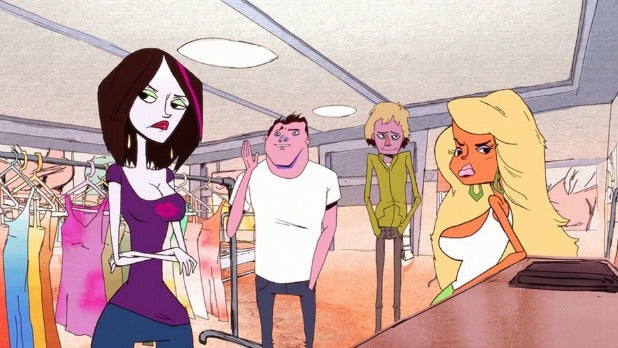 Samuel Goldwyn will release the film in theaters in December 2016.

With their 30th birthdays on the horizon, they decide to get famous by the end of the day, at any cost. Complications ensue when the duo inadvertently become key witnesses in a high profile crime that sets the news cycle on fire.

The film will have its West Coast premiere at Beyond Fest this weekend and have a special Q&A prior to their screening on Saturday that will include Patton Oswalt, director Chris Prynoski, and writer/producer Andrew Kevin Walker.

“Nerdland is a personal favorite of mine. It’s rare to be able to work with such a wealth of talent on a film that is so original and unapologetic,” says Peter Goldwyn, President of Samuel Goldwyn Films.

“The opportunity to work with Samuel Goldwyn Films on the release of Nerdland extends the pride and satisfaction we’ve all felt throughout the process of making this movie.  We couldn’t be happier,” said producer Gavin Polone.

The deal was negotiated by Samuel Goldwyn Films president Peter Goldwyn and UTA on behalf of the filmmakers.