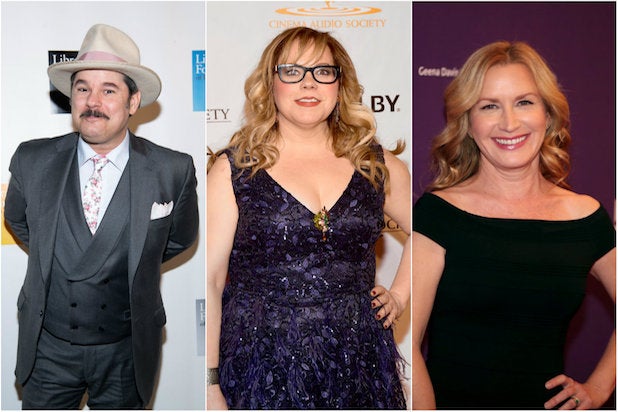 Comedian Paul F. Tompkins, “Criminal Minds” actress Kirsten Vangsness and Angela Kinsey from “The Office” have joined the voice cast for Season 2 of the sci-fi comedy podcast “Voyage to the Stars.”

Set in the year 2263, “Voyage to the Stars” follows a misfit space crew tasked to investigate what lurks behind a wormhole. The crew is voiced by Colton Dunn (“Superstore”), Felicia Day (“The Guild”), Janet Varney (“You’re The Worst,”) and Steve Berg (“The Good Place.”)

Season two is currently in production and is set to come out in early fall.

Also Read: Does 'Dark Phoenix' Have a Post-Credits Scene?

Tompkins (“Bojack Horseman”) joins the series as an intergalactic Sherlock Holmes named Inspector LeStrauss. Vangsness will voice a lesbian space alien who falls into a love triangle with members of the space crew.

Other announced voice actors for Season 2 include Erinn Hayes (“Childrens Hospital”), Jesse Cox (“Good Game”), Phil LaMarr (“Futurama”) and Harvey Guillén (“What We Do in the Shadows.”)

“Voyage to the Stars” debuted in early 2019. The second season throws us back in with the crew as they attempt to find their way back to Earth before it’s too late.

“As this pop-culture-reference-laden space comedy unfolds, each planet visited is more outrageous than the last. The universe will never be the same as our crew comes together to tell a larger story about finding your place in the world. Even if it takes getting hopelessly lost in space and destroying several alien civilizations along the way,” the season description reads.

“Voyage to the Stars” was created by Ryan Copple and produced by MWM Universe, Janet Varney and Felicia Day in association with Earwolf, and is available wherever you get your podcasts.