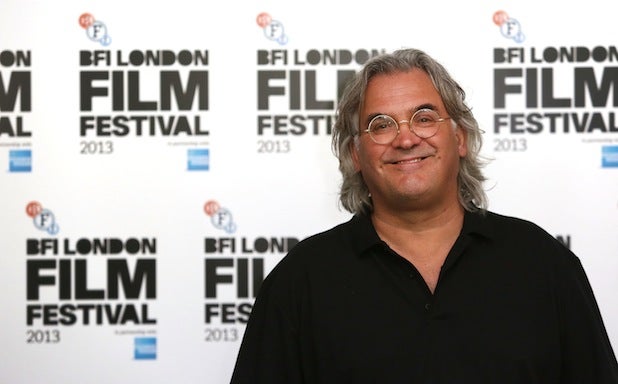 DreamWorks’ struggle to bring “The Trial of the Chicago 7” to the big screen continues, as director Paul Greengrass has exited the project less than two months after signing on, multiple individuals familiar with the project tell TheWrap.

Greengrass decided to excuse himself from “Chicago 7” after he and DreamWorks reached a crossroads regarding the film’s budget.

DreamWorks wanted to make the movie for no more than $30 million, according to insiders, while Greengrass asked for closer to $40 million, given the fact that the historical drama requires important period details, which don’t come cheap.

DreamWorks is not considering other directors yet, as the studio is reevaluating the project’s budget.

Aaron Sorkin wrote “The Trial of the Chicago 7,” which follows protestors rioting against police at the 1968 Democratic National Convention in Chicago and the subsequent federal conspiracy trial in 1969.

Sacha Baron Cohen and Ben Stiller have flirted with lead roles in prior incarnations of the project.

This is the second straight movie with Greengrass that Rudin’s had a problem getting off the ground. The duo’s planned collaboration on the Martin Luther King Jr. movie “Memphis” also stalled recently, though it remains in development despite the objections of King’s estate.

Greengrass should have no shortage of suitors interested in working with him, as his action drama “Captain Phillips” has been riding a wave of pre-release buzz in advance of its Oct. 11 opening via Sony.