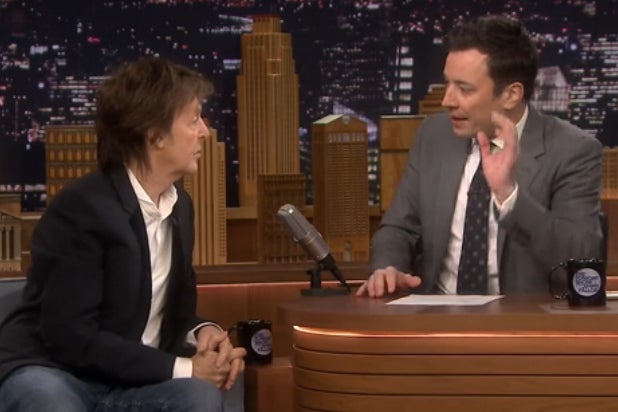 He can pull off seemingly anything behind a microphone with a guitar in his hand — except play himself in the videogame “The Beatles: Rock Band,” that is.

“My grandkids play it, and they kill me every time,” he continued. “But I say, ‘But I wrote it.'”

Also in the NBC clip, Fallon apologizes to McCartney for imitating him, and promises it will never happen again. That guarantee lasted about 30 seconds.

McCartney’s new song “Hope for the Future” is for the much-hyped upcoming videogame, “Destiny,” but it seems unlikely that the knighted Beatle will put up any high scores on that one either.