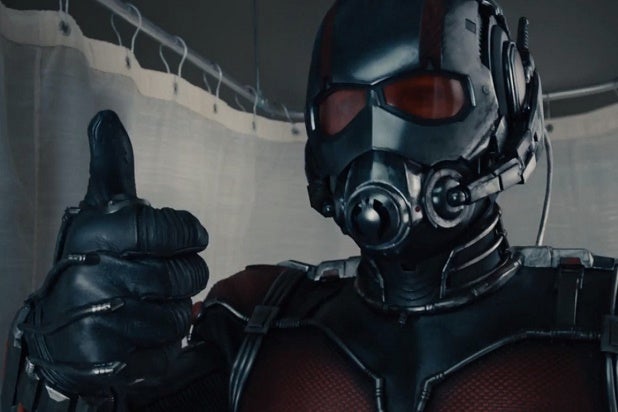 Paul Rudd‘s superhero movie “Ant-Man” is poised to maintain Marvel’s streak of No. 1 openings intact with a box-office debut in the $55 million-$60 million range on July 17 weekend, according to pre-release tracking.

That’s an impressive number for the film based on a diminutive hero far less well-known than other Marvel comic book characters like Spider-Man, Thor, Iron Man and the Hulk. “Ant-Man” is on track to mimic last summer’s “Guardians of the Galaxy,” which also broke out despite a similar low profile.

Universal’s R-rated relationship comedy “Trainwreck,” which also opens that weekend, is on course for a debut in the high-teen millions, early tracking data suggests. Directed by Judd Apatow, “Trainwreck” was written by comedian Amy Schumer, who stars with Bill Hader and Tilda Swinton.

Also Read: Marvel's 'Guardians of the Galaxy' Sequel Gets an 'Awesome' Title

If “Ant-Man” delivers as expected, it will be the 12th consecutive Marvel movie to open on top since “Iron Man” began the streak in 2008. “Avengers: Age of Ultron” continued the run when it opened in first place in May and has gone on to top $1 billion at the worldwide box office.

The production budget on “Ant-Man” is a reported $130 million.