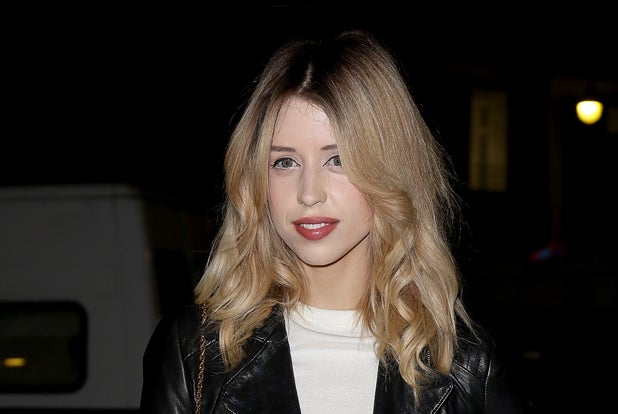 Peaches Geldof, daughter of musician Bob Geldof and Paula Yates, died of a heroin overdose, according to media reports.

In stating the cause of death Thursday, a presiding official said: “Recent use of heroin and the levels identified were likely to have played a role in her death,” according to the BBC.

Peaches Geldof was found dead on April 7. Her mother, Yates, also died of a heroin OD in 2000. Peaches Geldof had conceded to drug use in the past, but claimed that she was “never that wild.”

Peaches Geldof, born in 1989, began her media career at 15, writing a column for Elle magazine. She went on to become a TV presenter for ITV2’s “OMG! With Peaches Geldof” among other shows. She also worked as a model.

Geldof left behind her husband, musician Thomas Cohen, and their two young sons, Astala and Phaedra.

At the time of her death, Bob Geldof said: “Peaches has died. We are beyond pain. She was the wildest, funniest, cleverest, wittiest and the most bonkers of all of us. Writing ‘was’ destroys me afresh. What a beautiful child. How is this possible that we will not see her again? How is that bearable?”

The singer added: “We loved her and will cherish her forever. How sad that sentence is. Tom and her sons Astala and Phaedra will always belong in our family, fractured so often, but never broken. Bob, Jeanne, Fifi, Pixie and Tiger Geldof.”