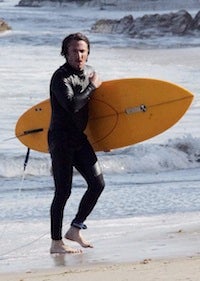 Sean Penn is in talks to produce an untitled movie about surfing legend Dorian "Doc" Paskowitz that is being developed as a possible starring vehicle for the two-time Oscar winner, an individual with knowledge of the negotiations has told TheWrap.

Alan and Gabe Polsky ("The Bad Lieutenant: Port of Call New Orleans") are producing the picture, having secured the life rights to Paskowitz and his family (including nine children!), who were recently the subject of Doug Pray's acclaimed documentary "Surfwise."

The 89-year-old Paskowitz recently decided to finally option his life rights after the Polskys attached Penn to the project.