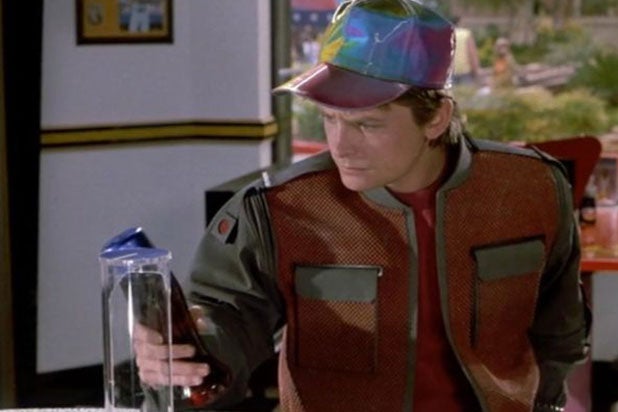 Pepsi will release a limited edition soda titled Pepsi Perfect on Oct. 21, which marks the day in “Back to the Future II” on which Marty McFly arrived in the future and ordered a soda of the same name.

Pepsi plans to release 6,500 bottles, with each being sold in a special case. However, while the bottle will be new, the formulation of the soda will stay the same as the already existing real-sugar version of Pepsi.

See Video: Steven Spielberg Likens 'Back to the Future' to 'Taste of Buttered Popcorn' in 'Back in Time' Trailer

Pepsi will also celebrate “Back to the Future II” at New York Comic Con this month, sponsoring a panel and recreating a booth a la “Cafe 80s.” Each day of the conference, the first 200 fans to come dressed as McFly will receive their own bottle.

Watch the video of McFly ordering the bottle below.