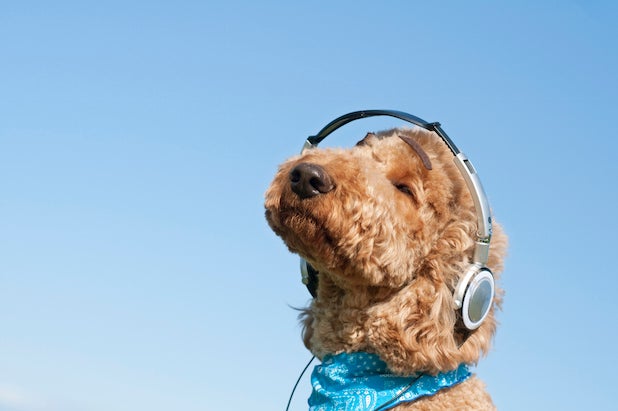 It’s 2020 and your dog deserves his or her own playlists, too.

That’s what Spotify thinks, with the streaming music service launching a new tool on Wednesday that generates playlists for pets. It’s not just dogs, either; Spotify’s new tool also makes mixes for pet birds, cats, hamsters and — wait for it — iguanas.

Spotify said there’s a need for this, with one out of four pet owners playing music for their pets to keep them happy when they’re not home.

Here’s how it works: The generator has you select your pet, then asks you to weigh in on several topics based on its characteristics. Is it relaxed or energetic? Is it shy or friendly? Is it apathetic or curious? Spotify then churns out its playlist based on your input.

I don’t own a pet, but I gave it a trial run earlier based on my parents’ dog, a Labrador-Akita mix named Max. From what I’ve noticed, he’s fairly active, even as he approaches middle age, and pretty friendly. It’s yet to be determined whether Max will enjoy the playlist Spotify spit out for him, but at first blush it looks promising. Tracks from Johnny Marr and Wilco’s Jeff Tweedy will, at worst, suit his owners.

The one glaring blemish was the inclusion of “The Promised Land” by Bruce Springsteen. Max is approximately 56 years old in dog years and has white fur, but I can guarantee you he’s not a Springsteen fan.

Anyway, if you want to check it out for your own pet, go here.