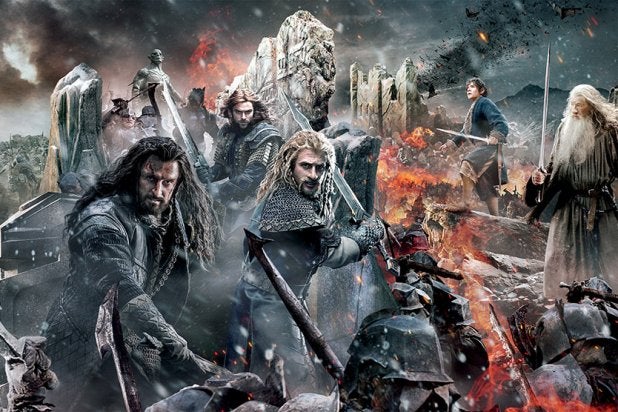 Peter Jackson‘s “The Hobbit” trilogy is one of the biggest box office hits of all time, and it’s also one of the most expensive film productions ever undertaken. With less than three months to go before the December opening of the final chapter in the epic Middle-Earth saga, financial documents filed in New Zealand this month put the production at $745 million.

Warner Bros. declined to comment on the costs, telling the Associated Press they don’t comment on production budgets.

The financial documents create a rarity in big-budget Hollywood productions, as they are unusually detailed. Warner Bros. set up a wholly-owned company to handle the massive trilogy’s production, leading to public financial reports.

See video: First Trailer for ‘The Hobbit: The Battle of the Five Armies’ Hits the Web

The latest documents include breaking out $122 million that the films’ production received from local taxpayers. Tax incentives are common in the U.S. and other major countries as ways to lure big-budget films that generally provide a regional economic stimulus during production.

The final chapter in the film adaptation of J.R.R. Tolkien’s “The Hobbit” stars Martin Freeman, Evangeline Lilly, Richard Armitage, Orlando Bloom, Ian McKellan and Benedict Cumberbatch as the voice of the dragon, Smaug.

“The Hobbit: The Battle of the Five Armies” is scheduled to hit theaters Dec. 17.