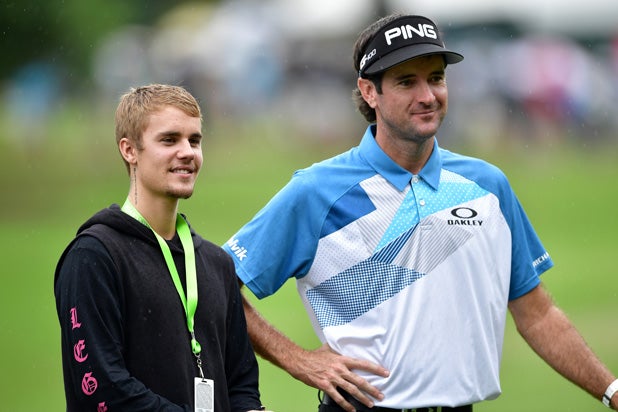 Professional golfer Bubba Watson just had himself the ultimate trip to Los Angeles.

Not only did he win the Genesis Open leg of the PGA tour on Sunday, but he basically ticked off every item on the dream L.A. vacation bucket list.

His latest PGA victory is the third time in five years that the two-time Masters champion has won at the Riviera Country Club in Pacific Palisades, beating out Phil Mickelson, Jordan Spieth and tournament host Tiger Woods, who didn’t even make the cut.

But aside from his golf success, lets take a look at everything else Watson did this Presidents Day weekend.

The Florida native who lives in Pensacola started his epic week off filming an episode of “Leno’s Garage,” sharing his car obsession with former “Tonight Show” host Jay Leno. Watson is the proud owner of the General Lee car from “The Dukes of Hazzard,” and part owner of a Chevrolet dealership in Florida.

‪Checking out cars and filming at @LenosGarage today ???? …which one should I ask to drive?? ‬

Watson then actually played some golf — because that’s what he’s paid for — at Lakeside Golf Club in Burbank.

But all work and no play makes Bubba a dull boy, so he took a break from the golf course to head to the Warner Brothers lot to “see a friend of mine, Ellen [DeGeneres]” and watch a taping of “The Big Bang Theory.”

‪It was awesome seeing one of the most talented people I know today! @TheEllenShow #ILoveEllen‬

“When you come here, it’s Hollywood. I mean, do stuff, you know? Let’s have some fun and enjoy life, so it’s been good,” Watson said of his adventures, according to the Ventura Star.

Then it was back to the greens, at the Riviera this time to kick off the Genesis Open, but he was sure to get an “early start” on Friday so he could dash downtown to play in the NBA All-Star Celebrity Game that night.

Early start @genesisopen so I can make it to the @nbaallstar Celebrity game this afternoon!

As we know from experience, just battling the traffic to get from Pacific Palisades to L.A. Live downtown is a major accomplishment, never mind throwing on a jersey and getting out on the court with former professional players. At least Watson, who was on ESPN host Katie Nolan’s winning Team Clippers, had played high school basketball in Florida.

“Hoping my car doesn’t break down so we get there, so I can say I played or sat the bench,” he said before Friday’s game. “I don’t care. It’s just the atmosphere, the atmosphere of being here. Saying I sat on the bench at Staples Center seeing some of the greats, some of the people that I love and have friendships with, it will be fun.

“Now that I know that Justin Bieber’s on the other team, it will be fun. I’ll hug him at first, and then I’ll punch him during the game. It will be a blast,” he added.

While he didn’t blow the roof off the stadium (he scored two points), Watson didn’t totally embarrass himself, aside from one infamous drive that ended in Tracy McGrady easily swatting his shot out of bounds.

“Tracy McGrady, he’s a lot bigger in person. I was going to drive, [but] when I saw him all I saw was that split-second of, ‘this is my injury, this big man is about to take me out,'” Watson told CBS Sports. 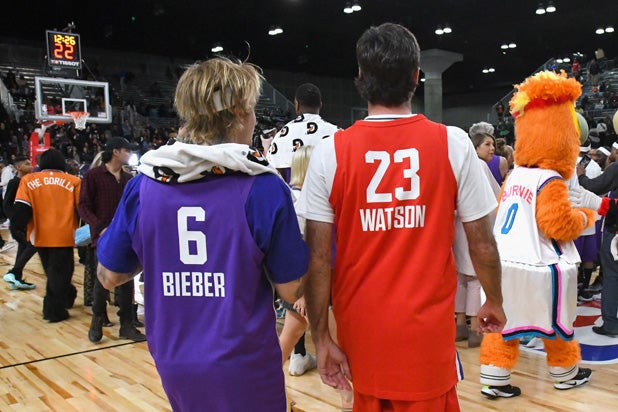 Luckily the basketball game didn’t seem to impact Watson’s golf game, as he shot a 6-under 65 on Saturday to lead the Genesis Open by one stroke into the final round on Sunday. 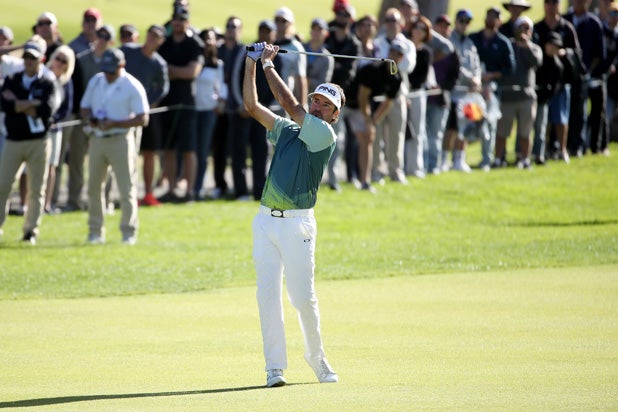 With tears pouring down his face minutes after he made his final winning shot, Watson didn’t take his 10th major victory lightly. 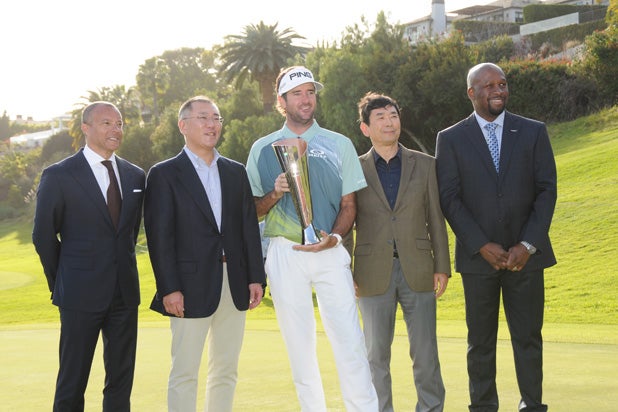 Guests at the Genesis Open got to experience some cool activations and public spaces designed to honor the game of golf while showcasing their line of luxury cars. The Genesis Lounge at hole 14 was a first-class fan lounge open to all guests, with soft seating and unobstructed views from tee-to-green.

Those wanting to learn how to putt like the pros could visit the Genesis Performance Lab, also at hole 14, and have their putting stroke analyzed by a PGA Professional. It was then captured in front of a TrackMan and then receive a one-on-one coaching session with a PGA Pro on the data. 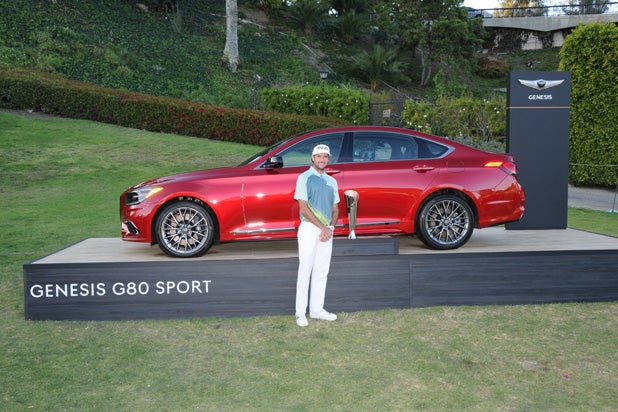 And they got to check out some of the luxury sedans, such as the Genesis G80 Sport, which Watson looks pretty impressed with above.