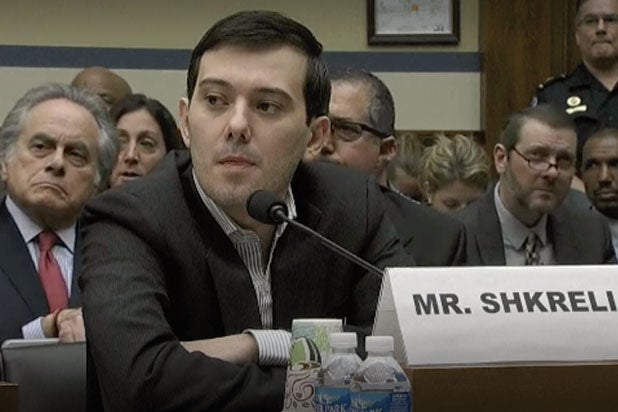 Martin Shkreli, the former pharmaceutical executive who was recently convicted of securities fraud, was tossed in jail Thursday after a judge revoked his $5 million bail due to a Facebook post inciting people to grab a strand of Hillary Clinton’s hair.

U.S. District Judge Kiyo Matsumoto decided to grant prosecutors’ request to take Shkreli into custody, calling his posting, which offered readers $5,000 for a strand of the former Democratic presidential candidate’s hair, a “solicitation of assault” not protected by the First Amendment.

“He does not need to apologize to me,” Matsumoto said. “He should have apologized to the government, the Secret Service, and Hillary Clinton.”

Last month, Shkreli was found guilty of being charged with securities fraud, conspiracy to commit securities fraud and conspiracy to commit wire fraud in a case related to investors at a hedge fund he ran. The pharmaceutical exec, who shot to prominence after buying the rights to a lifesaving AIDS drug and raising its price 5,000 percent, faces up to 20 years in prison.

As Shkreli prepared for his sentencing, he listed for sale the one and only copy of the Wu-Tang Clan’s “Once Upon a Time in Shaolin,” which he bought in 2015 for $2 million.