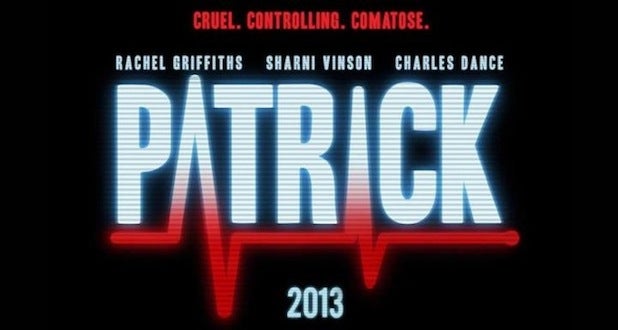 Phase 4 Films is partnering with Uncork’d Entertainment’s Keith Leopard to acquire all U.S. and Canadian rights to director Mark Hartley’s horror-thriller “Patrick,” which made its U.S. premiere last month at Fantastic Fest.

Phase 4 will release the film in theaters and on demand in the spring of 2014.

Based on the classic Australian 1978 horror film of the same name, “Patrick” follows a former killer who is now a comatose patient in a small psychiatric clinic. When a pretty young nurse begins working with him, she senses that Patrick is communicating with her, and he seems to be using his powers to manipulate events in her life.

“‘Patrick’ simultaneously terrified and won over our entire team when we saw it at Fantastic Fest last month,” said Berry Meyerowitz, president and CEO of Phase 4. “Mark Hartley has done a tremendous job of paying homage to the original film, but adding a fresh and modern new take on it.”

“We chose Phase 4 because of their enviable reputation to adeptly bring films like ours to market. We couldn’t be happier about having them join with Uncork’d to release this film in North America,” said Ginnane.

The deal for “Patrick” was negotiated by Phase 4’s Larry Greenberg and Katharyn Howe with Stephen Kelliher of Bankside Films on behalf of the filmmakers. Bankside Films is handling all international sales on the film.