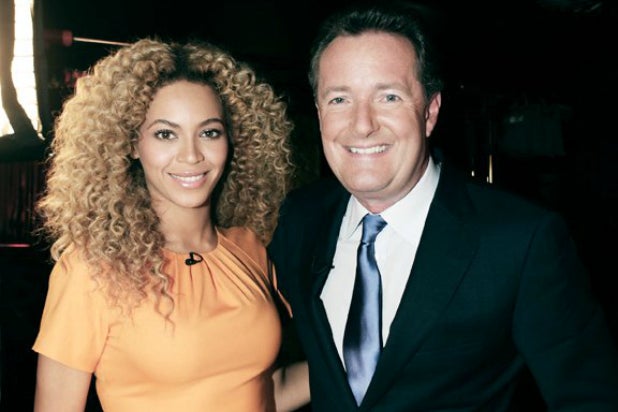 Piers Morgan probably won’t be invited to the record release party for a hypothetical “Lemonade II.”

The polarizing television personality shared a pretty unpopular opinion last night about Beyonce’s performance at the 59th annual Grammy Awards, and Twitter was pretty quick to pounce on the apparent social media sin.

Didn't really 'feel' that Beyonce performance. Seemed heavier on the narcissism than the music.
#GRAMMYs pic.twitter.com/KcUeV4WnSL

Also Read: Grammys: Even Adele Thinks Beyonce's 'Lemonade' Was Robbed - 'What the F-- Does She Have to Do?'

And here are some of the choice replies:

[Beyonce voice] I would say the highlight of my career was getting my picture taken with an anthropomorphic melting vanilla scented candle. https://t.co/cZjxxIWxPe

I really didn't feel your CNN show @piersmorgan. But, hey, neither did most of America https://t.co/AwBizrYutY

RT if you've never been in the building when a piers song made the crowd wild out https://t.co/c5JG9ZdCrB

*beyonce gives unparalleled performance while pregnant with twins*
PIERS MORGAN: "I wasn't 'feeling' it" *eats mashed potatoes out of a hat*

Piers Morgan, the soul of black America, wasn't impressed by Beyoncé. Could never have seen this coming.

Awful acceptance speech too.
Looked bored as hell reading it.
Come on Beyonce, you're better than this. #GRAMMYs

The “Celebrity Apprentice” alum was sure to clarify his love for Queen Bey, later calling her “a true superstar & a great lady.” That didn’t seem to satisfy his haters, however.

Watch Beyonce’s performance via yet another tweet below and let us know in the comments section which side you side with.

Beyonce's full performance RT to save a life #GRAMMYs pic.twitter.com/0xtYLEC6xD

Grammys 2017 Performances Ranked From Worst to Best: From Adele to Beyonce (Photos)

Here’s what impressed us — and what didn’t

From Lady Gaga to Maren Morris, the 59th annual award show saw plenty of performances. Some good, a lot bad.