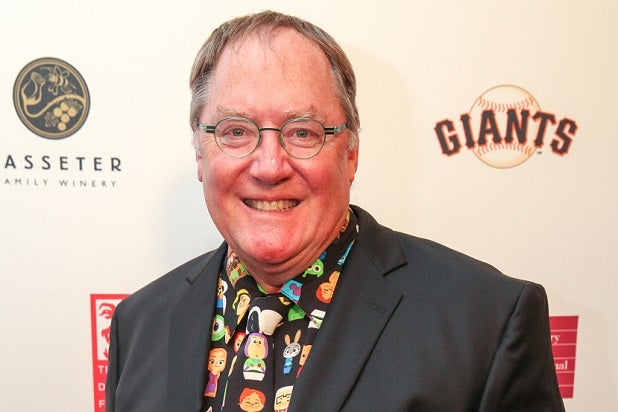 A former female graphic designer at Pixar Animation says the workplace was rife with sexual harassment and prohibitive to the advancement of women during her time at the studio from 2009 to 2014.

Cassandra Smolcic, who wrote the account published Wednesday for Variety, specifically accused ousted chief creative officer John Lasseter of unwanted staring and sexual comments over a period of several years. She said another unnamed male department head physically cornered her in a company kitchen and made inappropriate comments in 2009.

Beyond the specific and harrowing accusations — like a Pixar director comparing the difficulty of one of his films to a “big-titted blond who was difficult to nail down” and Lasseter’s alleged “sleazy” ritual of parading female employees onstage at office Halloween parties and objectifying them — Smolcic said the corporate culture discouraged outspoken woman and sabotaged them as they tried to move up.

A spokesperson for Pixar owner Disney did not immediately return TheWrap’s request for comment on the accusations or Smolcic’s assessment of the workplace at large.

“Management teams across the studio were well known for cleaning up the messes of powerful male superiors … the company’s few female leads lacked backing and basic respect from the institution and the masses,” Smolcic wrote, saying the women leaders were “often caught in no-win situations, forced to either suppress their abilities — in order to make men feel more comfortable — or take charge and risking being labeled ‘difficult’ or ‘unlikable.'”

Smolcic said she was personally disinvited from the creative team on “Cars 2.” Lasseter directed the 2011 film, which featured the voices of Owen Wilson and Emily Mortimer and grossed over $550 million worldwide. The reasoning behind her removal was, according to Smolcic, that Lasseter “has a hard time controlling himself” around young women.

Also Read: End of an Era: Inside Pixar on the Eve of John Lasseter's Departure

A female department leader was denied adequate staff for a production project, Smolcic wrote, adding that the stress of which led to a physical and emotional breakdown. On sabbatical to recover, a male was installed in her place and given a support team of six people to complete the project, added the former Pixar graphic designer.

Earlier in June, Pixar announced it would not bring Lasseter back from his self-imposed hiatus following accusations of misconduct from female employees. His joint role as CCO for Pixar and Walt Disney Animation Studios has been split between senior executives Pete Docter and Jennifer Lee, respectively.

Lasseter has been invited to stay on as a creative advisor to Pixar for the rest of the year, before departing the company for good in December.