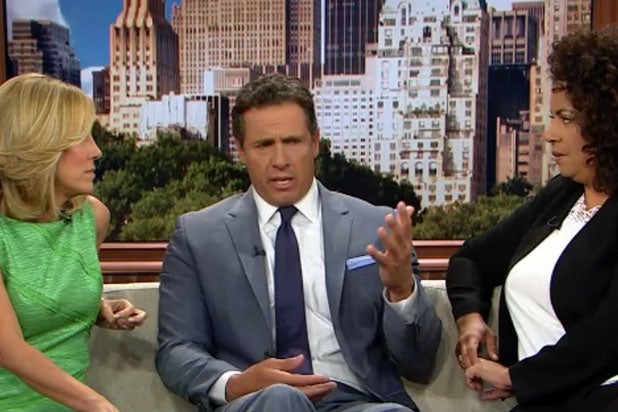 CNN’s Chris Cuomo described the #PizzaGate gunman as “either mentally ill or really stupid” after fake news inspired the man to show up at a Washington D.C. restaurant with an assault rifle.

“Either way, that’s just not somebody you’re going to reach with simple fact and truth,” the “New Day” host said Monday.

A North Carolina man allegedly drove to Washington D.C. and walked into the Comet Ping Pong restaurant with an assault rifle, motivated by an extremely unbelievable piece of fake news. The false story spread last month said that Clinton and her campaign chairman John Podesta were involved in a child sex operation at the restaurant.

The suspect discharged the rifle inside the restaurant but didn’t hit anyone. The 28-year-old man was arrested and charged with assault with a dangerous weapon. He told police he had come to the restaurant to “self-investigate” the fake news story referred to as #PizzaGate, according to the Washington Post.

“What happened today demonstrates that promoting false and reckless conspiracy theories comes with consequences. I hope that those involved in fanning these flames will take a moment to contemplate what happened here today, and stop promoting these falsehoods right away,” Comet Ping Pong owner James Alefantis said in a statement.

CNN media analyst Bill Carter said we shouldn’t call it “fake news” but should be referred to as “preposterous fabrications.”

“This was our worst fear, that someone would read all this and come to the block with a gun. And today it happened,” a local business owner told the Washington Post.

The Comet Ping Pong restaurant and its staff have received threats since the fake story surfaced, according to the Post.