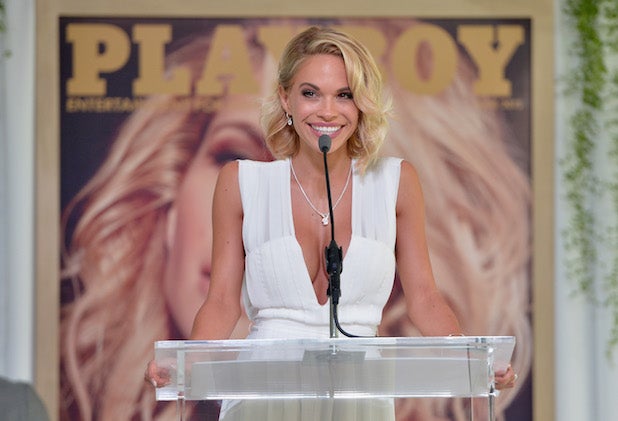 Disgraced Playboy Playmate Dani Mathers is asking for mercy in her body-shaming case — but the Los Angeles City Attorney’s Office isn’t having any of it.

In court papers filed this month, the city attorney takes strong exception to Mathers’ request to have her sentenced deferred, stating that Mathers “does not qualify nor merit such leniency.”

The city attorney cited Mathers’ perceived lack of remorse in its argument.

“Defendant petitions the court for diversion … however, she does not qualify nor merit such leniency. Her post-crime behavior is indicative of the fact that Defendant has never shown remorse for her behavior and therefore she should face the consequences of her cruel and criminal act,” the city attorney contended.

After Mathers received negative comments for posting her body-shaming photo, the city attorney continued, she “then posted a video apology claiming that this is ‘not who I am’ in order to rehabilitate her reputation. No apology — neither directly or indirectly — was at any time communicated to the Victim. Defendant’s heartless act was accomplished, it was only after the vitriol exhibited by her fan base that she attempted to erase her conduct. However, the photograph was published and forever in the public’s mind, and can’t be ‘unseen’ again.”

The statement went on: “Justice demands that Defendant now accept the consequences of her criminal conduct.”

Mathers is accused of secretly photographing a 71-year-old nude woman in the shower area of her L.A. Fitnes gym and then posting it with the mocking caption, “If I can’t unsee this then you can’t either” via Snapchat.

Since allegedly posting the photo in July, Mathers has been banned from L.A. Fitness gyms and  fired from her gig at Los Angeles radio station KLOS, where she appeared as a regular on the station’s morning show.

In November, Mathers was charged with one count of invasion of privacy, which carries a sentence of up to six months in jail and a $1,000 fine.

“Body shaming is humiliating, with often painful, long-term consequences,” Los Angeles City Attorney Mike Feuer said in a statement at the time. “It mocks and stigmatizes its victims, tearing down self-respect and perpetuating the harmful idea that our unique physical appearances should be compared to air-brushed notions of ‘perfect.’ What really matters is our character and humanity. While body-shaming, in itself, is not a crime, there are circumstances in which invading one’s privacy to accomplish it can be.  And we shouldn’t tolerate that.”