Another loss for PMK/HBH turns into big a win for upstart Slate PR. 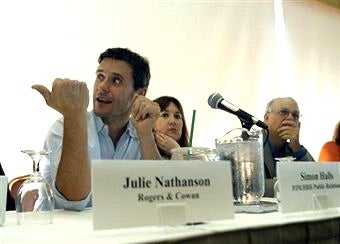 Slate has brought aboard Simon Halls (pictured, right) — and his A-list client roster — less than a month after he resigned as co-CEO of PMK/HBH. Halls was part of the instant exodus that took place Dec. 9, when news broke that the once celeb-heavy firm was merging with corporate client-focused BNC.

Also in that departing group: PMK/HBH pillars Stephen Huvane, Robin Baum and Andy Gelb, who swiftly announced they were joining forces with fellow industry vet Ina Treciokas to form Slate — and they were bringing their clients along (see graphic, below left). 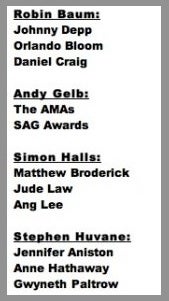 The signing of Halls, which Treciokas confirmed to TheWrap on Tuesday, adds the likes of Tom Ford, Jude Law, Ang Lee, USA Network, Nathan Lane,  Matthew Broderick, Zachary Quinto and others to that already formidable list.

Treciokas says Slate is operating out of the office she’s been using after she set out from ID PR in 2008 to go independent, but that they’re searching for new, roomier digs.

The end of Powerhouse PMK