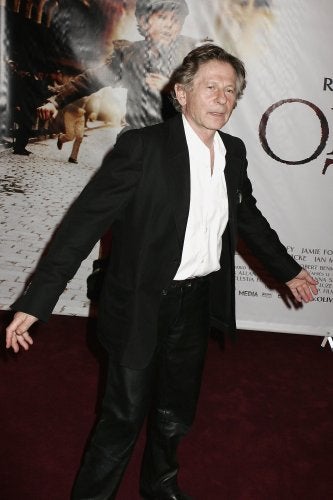 French celebrity philosopher Bernard-Henri Levy may be a private man, but he sometimes likes to share the mail he gets.

One letter in particular, presented via the Huffington Post, has caught people’s attention – a note from his friend, fugitive rapist Roman Polanski thanking Levy and his journal, “La Règle du jeu,” for vigorously supporting the auteur from day one.

In the message, Polanski savors the messages he has received from all over the place and says that while he can’t answer each and every one, he wished to issue a big thank-you to all his well-wishers:

“These messages,” Polanski wrote, “have come from my neighbors, from people all over Switzerland, and from beyond Switzerland — from across the world. I would like every one of them to know how heartening it is, when one is locked up in a cell, to hear this murmur of human voices and of solidarity in the morning mail.”

Polanski, 76, is under house arrest on his estate in Gstaad, awaiting word if the Swiss will extradite him to Los Angeles or simply release him.

Last week a panel of California appellate justices not only suggested that Polanski petition L.A. Superior Court Judge Peter Espinoza to sentence the director in absentia for the 1977 case involving a 13-year-old girl, but also unanimously agreed that such a sentence could simply be the time Polanski has already served behind bars.