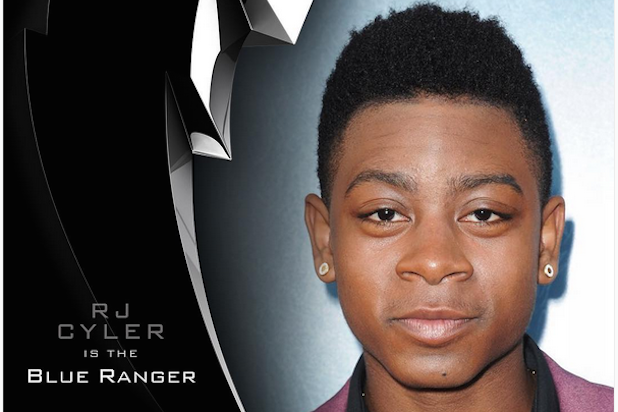 “Me and Earl and the Dying Girl” star RJ Cyler has been cast as the Blue Ranger in the “Power Rangers” movie, it was announced Friday by Lionsgate and Saban Brands.

Also Read: 'What's the Deal?' With Thomas Mann and Olivia Cooke in 'Me and Earl and the Dying Girl?' (Video)

The original incarnation of the popular series, called “Mighty Morphin Power Rangers,” debuted in 1993 and quickly became a national phenomenon. It followed a group of high school kids who gain superpowers, making them masters of martial arts and able to pilot massive interconnecting robots, a la “Voltron.”

Haim Saban is a producer on the new film along with Brian Casentini and Allison Shearmur. With 20-plus years worth of stories to tap into, Lionsgate will be pushing for a “Power Rangers” franchise.

The 2017 film will mark the third theatrical release for the franchise. “Mighty Morphin Power Rangers: The Movie” capitalized on the property’s initial success, starring the original series cast and bringing in more than $66.4 million globally in 1995. It was followed by “Turbo: A Power Rangers Movie,” which served as a launchpad for the “Power Rangers Turbo” television series.

Cyler, who is currently filming the Netflix movie “War Machine” with Brad Pitt, is represented by JLA Talent Agency and Landis-Simons Productions and Talent Management.