The “Power Rangers” movie is taking some liberties with the classic ’90s series, but the first look at concept art for Alpha 5 is straight up weird.

The image, obtained by IGN, is definitely darker than the original Alpha, showing his film counterpart to be more organic with large tentacle-like eyes.

Bill Hader will provide the voice of Alpha-5, who managed the command center for Zordon. Hader was the latest high-profile casting for the film, with Bryan Cranston playing Zordon, while Elizabeth Banks will play the intergalactic villainess Rita Repulsa.

Fans of the original series will remember that the Rangers start off as a normal group of teens from the town of Angel Grove before being recruited into an interstellar war that has been raging for years. With the help of their new powers, they must overcome their own issues to save the world from an evil interstellar witch and her henchmen.

Liongate’s big-budget production is taking on a much edgier tone than the original television series, which has been reflected in the film’s costumes, initially previewed for fans in early May. Costume designers have thrown away the spandex in favor of harder-looking armored suits.

“Power Rangers” is scheduled to premiere in theaters on March 24.

Check out the photo below. 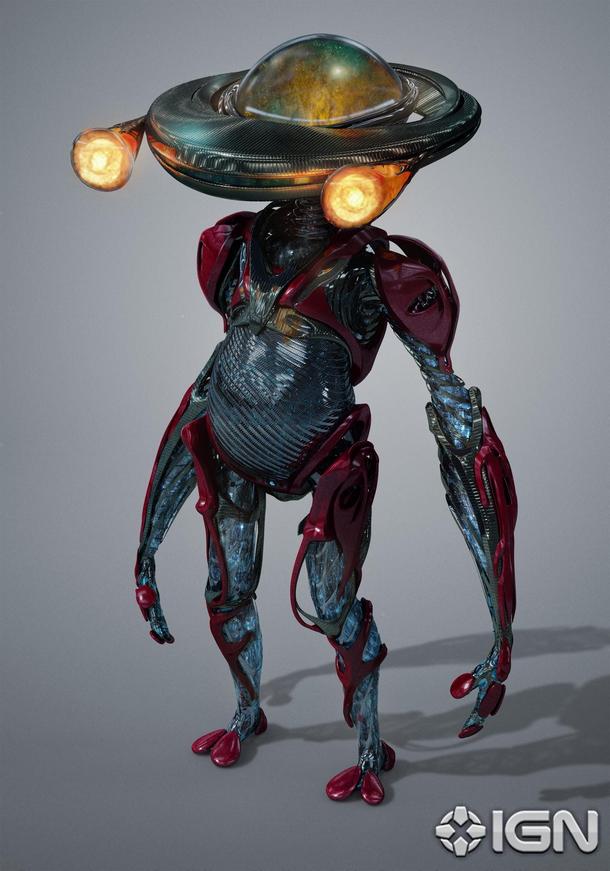